If ICE and Border Patrol are really launching a massive deportation effort next week, then it's extremely important that information on how to protect yourself from these fascist thugs be spread around so they can reach as many migrants as possible. ICE and all cops will lie to you and try to trick you into giving up your rights and letting them arrest you, so learn your rights well and don't trust any of them. 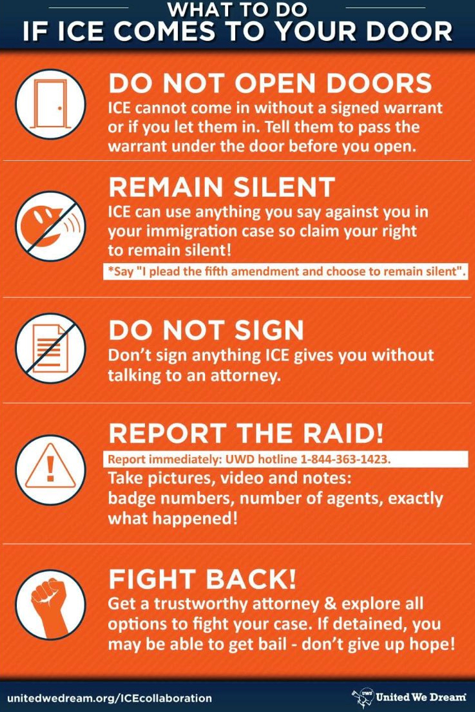 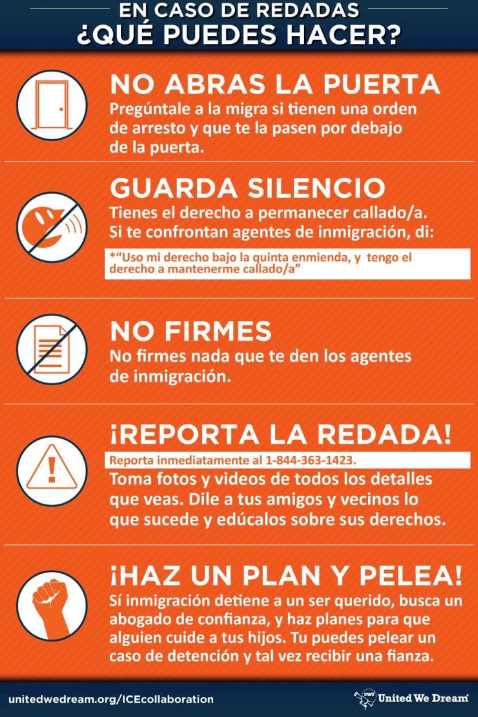 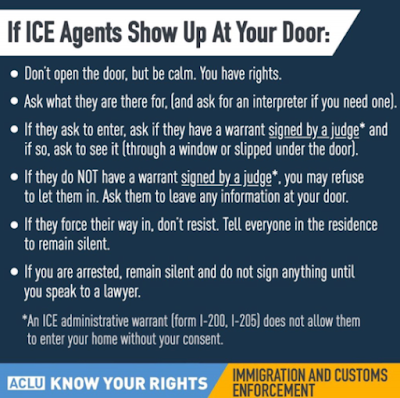 Thanks to feenyxblue, also known as Interdimensional Space Babushka in Training, for transcribing the image:

[ID: first image: a tweet by Breezy. Text is “Please stay safe everyone🖤 remember your rights”. Attached is a tweet by Donald Trump (also the second image) and what to do if ICE comes to the door (also the third and fourth image)

Second image. A tweet by Donna Trump. Text is “next week ICE will begin the process of removing the millions of illegal aliens who have illicitly found their way into the United States. They will be removed as fast as they come in. Mexico, using their strong immigration laws, is doing a very good job of stopping people…”

Third image: a list titled “What to Do if ICE Comes to Your Door.” Text is as follows:
“Do not open doors. Ice cannot come in without a signed warrant or if you let them in. Tell them to pass the warrant under the door before you open.

Fight back! Get a trustworthy attorney & explore all your options to fight your case. If detained, you may be able to get bail-dont give up hope!

Fifth image: a list titled “What to do if ICE agents show up at your door.” List is as follows:

*An ICE administrative warrant (form I-200, I-205) does not allow them to enter your home without your consent.
End ID]

Spread this around to help your undocumented neighbors and fight genocide.

Posted by Not Sorry Feminism at 1:55 PM