I only say this because they banned the outfit she wore that helps her circulation and prevents blood clots, which she has been having trouble with, and can, obviously, kill you.

Honestly, though, it's some seriously racist and sexist bullshit. This is a prime example of misogynoir.

Last Friday, The Associated Press reported the French Tennis Federation president, Bernard Giudicelli, did not approve of the curve-hugging one-piece, saying "It will no longer be accepted. One must respect the game and the place" in an interview with Tennis Magazine.

A dress code will be implemented going forward because "I think that sometimes we’ve gone too far."


This is the outfit: 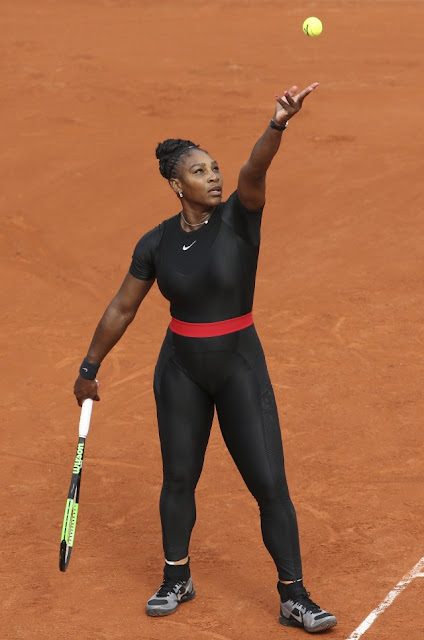 Wow. TOO FAR, Serena. How dare you wear an outfit that uhhhhhhhhhh what's the problem here again?

Entertainment Tonight seems to think it's because it's "form fitting," which makes no sense to me because in other sports, people fall all over themselves to defend mandatory skimpy outfits for women because they HAVE to be form fitting so no loose clothing gets in their way, right???

But in tennis, an outfit that mostly just shows off Serena's fucking holy shit muscles (god damn) is not okay because ????????

No, in tennis, it's gotta be this shit: 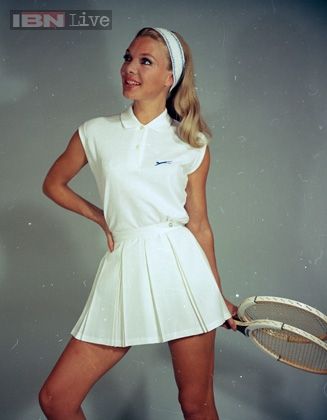 Somehow, the above is respecting the game. Could it have a little something to do with the color?

Because Serena has been calling her bodysuit "Wakanda inspired." Is it possible that my fellow white people have been afraid of Serena for years, and her coming out looking like a fucking superhero in an outfit that shows off her jacked muscles with no possibility of an upskirt shot made them feel all fragile and small inside?

And they would rather she died from a blood clot?

Dear fellow white people. Serena Williams is the best anyone has ever been at your weird snooty sport, and you look like nerds in your dorky little white skirts. She is better than you will ever be and nothing will ever change that. Get over it.
Posted by Not Sorry Feminism at 10:30 AM