Elon Musk is the Actual Worst

I talk a lot of shit about Bezos, and don't get me wrong, Bezos is a horrible person who is sucking resources out of the Earth and hoarding it as ever more people die of starvation. But have you heard about Elon Musk?

The Tesla billionaire has been getting increasingly bad press lately, but this takes the fucking cake:

Now, you know me. I take accusations like this very seriously, no matter where they come from. But Elon Musk made it 100% clear that he just threw this out there to try and drag a hero's name through the mud. Why? Because said hero told Musk to shove his bullshit submarine PR attempt up his ass.

63-year-old British caver Vern Unsworth, who according to CNN played an instrumental role in rescuing the team, criticized Musk in an interview with the network this week for his attempted involvement in the mission. As the saga was unfolding, Musk said that his companies SpaceX and the Boring Company would help rescue the boys. He proposed creating an “air tunnel underwater.” Musk also had engineers from SpaceX and Tesla build and test a mini submarine for the boys to escape, but it was never used.

Unsworth in an interview with CNN said Musk’s submarine was “just a PR stunt” and had “absolutely no chance” of working. “He can stick his submarine where it hurts,” he said.


And so Elon Musk threw a tantrum like the baby he is.

Musk reacted to Unsworth’s assessment in a series of tweets. He said he “never saw this British expat guy” and mentioned a rescue video that he said could refute his remarks. But then Musk went a step further, saying not to “bother” showing the video and calling Unsworth a “pedo guy” — as in, accusing him of being a pedophile.


Did he follow up with any kind of explanation for the accusation? I'm not about to demand "evidence" like an asshole but you can't just casually throw that out there. What is the basis of your statement? Do we need to try and get this diver guy arrested?

When a fellow Twitter user pointed out the accusation Musk had lobbed, the South African entrepreneur responded, “Bet ya a signed dollar it’s true.”


WOW okay so let's see if I have this straight. You threw out a pedophilia accusation against a man who played a big part in rescuing 20 kids from a horrible death, then when people asked for more information, you straight up admit that you made it up, you pulled it out of your ass, by saying you "bet it's true."

And why? Why do you bet it's true? Are you implying that anyone who would make an effort to save a bunch of kids from a horrible death must be doing it because they want to fuck children? And since you were "trying" to save them, too, does that make you a pedophile? Or does it not count if you don't actually care about the kids at all and were only doing it for a pathetic and gross PR stunt?

Which is it, Elon Musk? Gross PR stunt guy or pedophile? Which are you? I look forward to your clumsy explanation on Twitter.

Either way, this is for you: 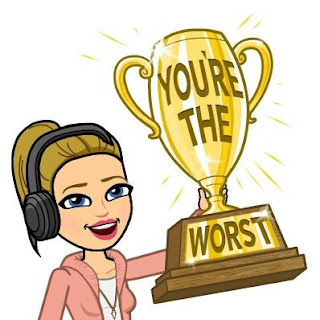 Posted by Not Sorry Feminism at 11:51 AM