A lot of people like to talk about human nature. I've been reading essays on Anarchism by Emma Goldman because that's the kind of person I am now (not even I'm sure if I'm being self-deprecating right now) and she makes a couple good points. First, the people who know the least about things like psychology which might provide some insight into the nature of humanity seem to like to talk about human nature the most.

The best part about this is that these essays come from the early 1900s because she died in 1940. Humans really never change, we just do the same shit every decade with different hats.

Anyway, the other excellent point she makes is that, what the fuck do we know about human nature? What do we know about what humans should be doing if we had stayed in nature doing natural things when we've been rejecting and abusing nature for millennia? There are literally people out there who think we should destroy everything we've built in human "society" and go back to hunter-gatherer mode because everything went wrong after we figured out farming and started building our blocky houses and being weird about everything.

Of course I don't agree, because good lord, the billions of people who would die. But I can kind of see their point. We did yank ourselves out of nature, didn't we? We rejected everything that rules the lives of every other living being on this earth - the perfect balance of nature that makes life possible.

Emma Goldman points out that when you take a non-human animal out of its natural habitat and stick it in a cage and try to study its "natural" behavior, you're going to fail miserably, because non-human animals shoved into human-made cages do not behave normally. This is why we got the false idea of the "alpha wolf," because we took a bunch of unrelated wolves and shoved them together in a small space, which would never happen in nature, and then were like "oh how they're behaving now must be normal for wolves."

So why in the fuck do we think we know anything at all about human nature? That very phrase is utterly meaningless by now. We were never supposed to invent capitalism and work in offices or warehouses or any kind of building 8 hours per day, 40 hours a week (or more). Currency isn't natural. Fashion isn't natural. Guns aren't natural.

On the other hand, maybe we were always going to go down this road. Our brains developed to the point that we invented agriculture and cities and "society," for better or for worse. We couldn't not come up with ways to resist the most natural thing in the world - death.

What I'm getting to is the evils of the world are either entirely unnatural or perfectly natural, or maybe both. It's an entirely philosophical discussion that is already giving me a headache. And unless you understand and acknowledge all of that, I don't want to hear crap about human nature coming out of you, whether it's to defend rapists or spread bullshit about communism, or anything else. Thanks. 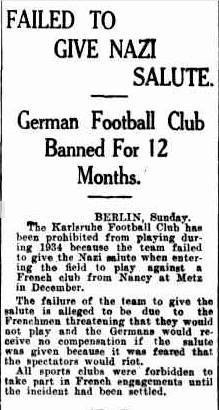 Posted by Not Sorry Feminism at 3:16 PM