The Next Horrific Step of Our Capitalist Hell

That headline can't even contain the amount of awful to be found in this one idea.

The "Kudos Project" will run on the Ethereum blockchain, allowing customers to rate any transaction they make, Skedaddle co-founder and CEO Adam Nestler told Business Insider.

Those ratings, for anyone from your Uber driver to restaurant server to grocery supermarket cashier, are then instantly published to a decentralized database that allows anyone using the system to see the ratings that then follow an employee from one job to another throughout the full gig economy.

They also function as a "reward" for the worker in lieu of a tip. Unfortunately, those rewards will only work within the Kudos system. So to completely replace tips, the project will have to reach meaningful scale, something Nestler is convinced is a very real possibility. 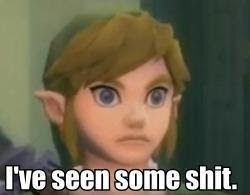 So instead of people tipping underpaid service workers who absolutely rely on tips to survive, entitled rich assholes are going to be given an out with the option of "tipping" them a "kudos."

This is a fucking hostage system. Customers already have an unreasonable amount of power over service workers. Now they have to worry about some dick giving them a bad review that will follow them the rest of their life?

Knowing what I do about the systems of professional trolls that exist in this world, this is an easy and permanent way to ruin a poor person's life. I can already see the white supremacists giving every person of color they encounter a bad review. I can already read the stories about men threatening female employees with bad reviews if they don't date them.

And this has already raised $6 million? Mostly funded by the backers of this "Skedaddle," which is a clear attempt to privatize the public bus system we already have, leaving poor individuals who take the bus utterly fucked?

I'm at the point right now where I'm ready for capitalism to go ahead and implode, even if it kills me. Or especially.
Posted by Not Sorry Feminism at 2:00 PM