Enough With the Safe Spaces Hysteria

I recently read this really great article on the huge spike in anxiety among teens. It talks about the role of social media and increasing pressure to get into a good college turning once high-performing kids into puddles on the floor, barely able to attend school at all. This phenomenon is finally reaching a point that schools are reaching out to experts, desperate to get help for a growing population of kids too anxious to function.

Why Are More American Teenagers Than Ever Suffering From Severe Anxiety?

It's great except for one part that really irked me. A lot of what the article talks about is using exposure therapy to help these kids learn that their worst fears aren't so bad and that they can handle life. And yes, exposure therapy does work - under the expert supervision and direction of mental health professionals. But I'm concerned about the army of self-righteous and self-appointed experts  screaming about the evils of what they think are safe spaces, saying that absolutely nothing should be done to help out people who have endured actual trauma because they think random, uncontrolled "exposure therapy" is going to cure them.

One thing I like about this article is that it acknowledges that pushing these kids too hard just sends them into panic attacks and sets them back in their progress. Wildly exposing mentally ill people to  stress and/or trauma triggers is dangerous. You run the risk of re-traumatizing people who are anxious due to trauma, and panic attacks are good for nobody.

So it irritates me to see this kind of thing in the article:

Lyons sees a connection between how some schools deal with anxious students and what she worries is a generation of young people increasingly insistent on safe spaces — and who believe their feelings should be protected at all costs. “Kids are being given some really dangerous messages these days about the fact that they can’t handle being triggered, that they shouldn’t have to bear witness to anything that makes them uncomfortable and that their external environments should bend to and accommodate their needs,” she told me.


Thanks, Benoit. Give more ammo to the assholes sending anonymous messages to me telling me I can't handle the world because it doesn't have any trigger warnings, blah blah blah. Looking up the writer, I found that he's the former Editor in Chief of the "Good Men Project," nicknamed the "Good Rapist Project" after they published an article written by a rapist about how he rapes people. This is him: 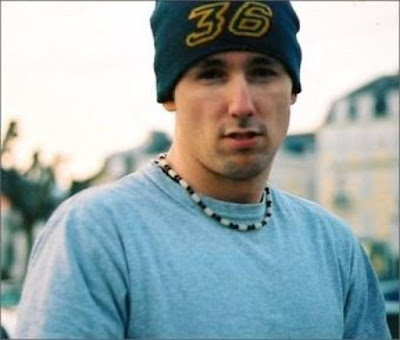 Color me unsurprised. But his status explains why he was able to get away with such an unprofessional statement in a New York Times article. If I'd try to state something like that, my editor would have asked me to explain, give some background on why these "messages" are "dangerous,"  something.

Here's the thing about these "dangerous" safe spaces people are fretting so much about. Safe space is language long used by social justice-minded people like myself to describe a space, online or IRL, where people can go to stop worrying for a second about being treated like shit or being exposed to certain common triggers. This often includes spaces online that are moderated to ensure that trolls aren't allowed to romp around spreading exhausting bullshit.

This does not mean that anybody expects the entire world or an entire school to be a "safe space" that caters to all of their specific triggers and prevent them from experiencing any anxiety at any time. This is something that smug, often alt-right douchebags like to spread in order to mock the "SJWs" and spread an image of us to the common people that we're unreasonable, fragile and useless at the same time as being "dangerous" somehow. But it's not accurate.

Nothing in the article suggests that the kids profiled are more anxious because they've been told they can't handle "being triggered." None of the quotes from these kids are about that at all. It's just  something suggested by one psychotherapist. It might be something that holds some weight. The  social justice community isn't perfect. People have spread messages that any of the actual and effective advice on combating depression and anxiety is "neurotypical bullshit," when in reality, these things can help - they're just not cure-alls and simply throwing them out there like they are is what's bullshit.

Maybe there are some people who have gone too far and suggested that anxious people need to avoid anything stressful. But that isn't explored in this article. It just feels like an attack on the idea of safe  spaces in general. And honestly Benoit up there looks exactly like the kind of smug douchefuck that would be like "lol triggered SJWs are ruining the world, triggered." Or he might just be a smug faux-intellectual white male writer who understands nothing about mental illness but assumes he knows everything because the world has told him he does for his entire life.

Here's the reality. Yes, people do need to learn how to handle the world as it is. This doesn't mean that there should be no accommodation for people with mental illness. This doesn't mean you throw them into the deep end. These kids need professional exposure therapy AND they need safe spaces where they can calm down and recover from their hard work. We all do.

This is one of those times where a middle ground really is necessary. Okay? So Benoit, can you maybe be a little better? Try to do less harm than good? Okay? Thanks.
Posted by Not Sorry Feminism at 1:46 PM