Yesterday, an actual swastika armband-wearing nazi was spotted in Seattle, riding the light rail from Ballard to downtown. Someone snapped a photo: 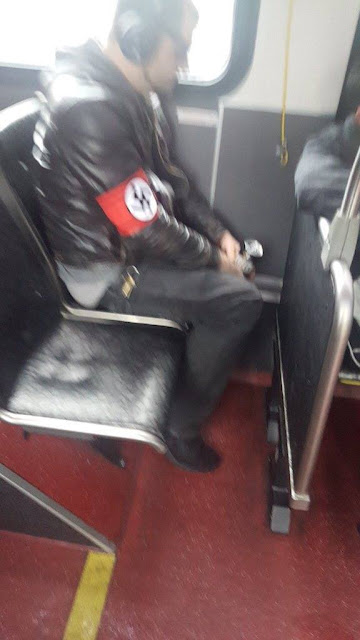 How does a guy wear that in fucking Seattle without getting punched, you might ask. Well...

There's video of the guy getting punched but the puncher's (hero's) face isn't covered and he's black so I'm not about to spread that around. If he does get arrested, though, I will be donating to his legal team.

Posted by Not Sorry Feminism at 11:35 AM