Fired Google Nerd Desperately Trying to Make Himself a Martyr

Come down, James. Get off your fuckin' cross.

So Google tracked down the ugly techbro who wrote the anti-diversity """manifesto""" and fired his ass. His name is James Damore and he's gone full drama mode.

This guy went to fucking Harvard.

But widespread mockery isn't going to stop this guy from continually escalating the drama. Take a look at this shit: 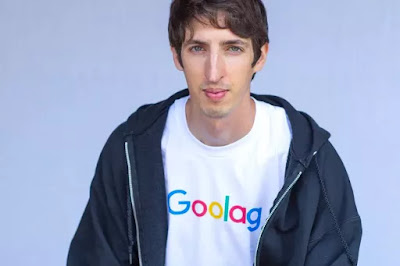 Google, which provides free meals, massages, and fitness classes at its Mountain View, California headquarters, pays engineers like Damore a typical salary of $162,000, according to Glassdoor, not including extra compensation like healthcare benefits, retirement savings, and equity. The company also offers its employees training opportunities, including volunteer sessions on subjects like diversity and unconscious bias.


If Google's such a hellhole, why so mad about being fired from it?

But it gets so much worse. Guess who's coming to Damore's defense? Can you guess?

Yep. Now the alt-right misogynist troll mob has planted their flag in this "cause," because a sexist getting fired for being sexist? Not on their watch.

4chan's /pol/ message board, known for doxxing people who don't agree with its extremist views, tweeted the names and Twitter handles of Google employees to be doxxed:

Here's a collection of some of Google's most vocal employees. All of their insanity starts making sense when you see who works there. pic.twitter.com/nB1u7bDYN8
— /pol/ News Forever (@polNewsForever) August 8, 2017

And now these individuals have to suffer under the relentless bullshit of the "alt-right" for as long as James can keep the attention on himself. And it looks like he's real eager to do that. Meanwhile the rest of us here in Reasonableville are like "hmmm, the guy who wrote that manifesto the right is claiming to be harmless is finding allies among actual nazis who spend their spare time making crusades out of threatening, harassing, and doxxing people who deviate at all from the cishet while male 'norm'? Good call firing him, Google."

But sure, James. You're the victim here.

Posted by Not Sorry Feminism at 10:57 AM