YELLING AT A CIS DUDE WHO THINKS HE CAN HAVE AN OPINION ON ABORTION. 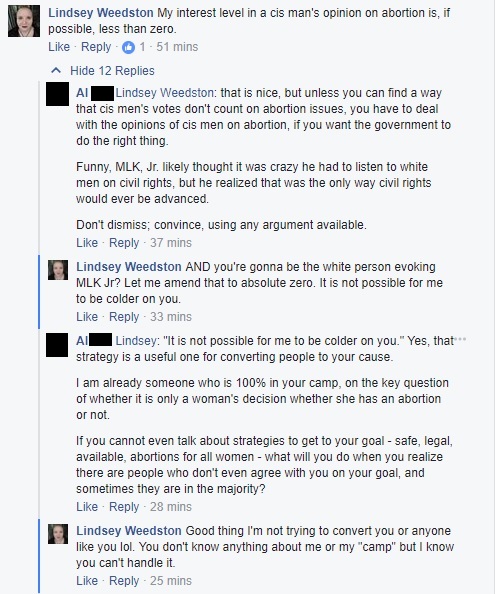 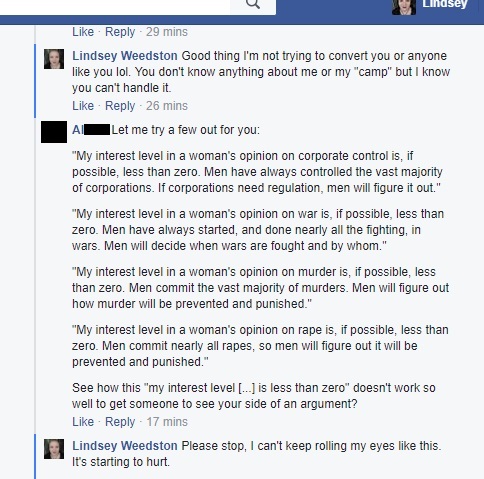 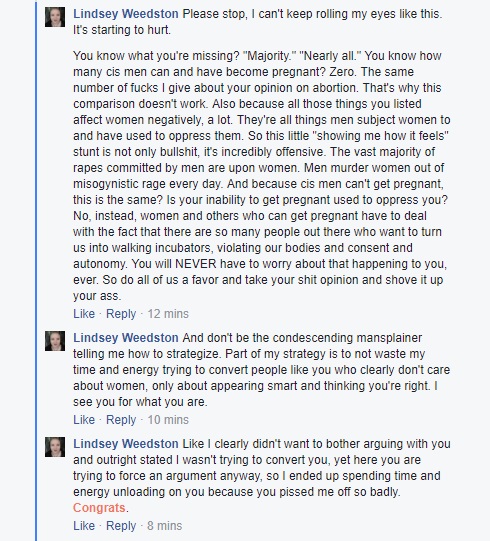 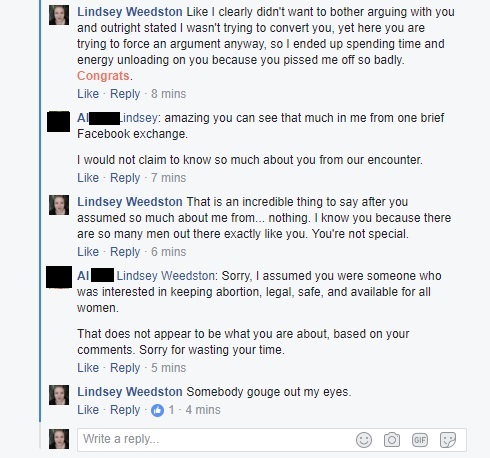 You heard it from the source. Because I don't want to bother educating someone who doesn't actually care about the bodily autonomy of people who can get pregnant, I'm the one who isn't interested in keeping abortion legal.

I'm so tired of explaining to men that these issues are not a hypothetical to me. They're not just about "strategy." They can literally be life and death to someone like me. And the fact that he brought up rape like that is exactly the reason I don't trust liberal men like him. They think they're sooooooo smart, having no idea that my cynicism comes from repeated experience. You can't convert people not open to conversion, and it takes about 2 seconds to determine if they're open or not. And in terms of abortion, nobody is open to conversion.

Dudes like him are constantly telling the rest of us to accept scraps from the table in the off-chance that one day we might get a seat. This was about Democrats not requiring their candidates to support abortion rights. We're supposed to just accept that the Democrats keep pulling right because it's better than what they tell us is the only alternative. It's a hostage situation and I'm done with it. And I'm especially done with cis dudes telling me to accept Stockholm Syndrome.

Fuck that, Al. I'm not going to accept shit to avoid flaming garbage. I deserve better. We deserve better. And I won't stop fighting for better.
Posted by Not Sorry Feminism at 11:12 AM