I'm back! And unfortunately, everything is still terrible.

Some things that happened last week:

A woman reporting for Fox News who is actually not blonde but is horrible called Seattle a "socialist hellhole" in a hilarious and factually inaccurate segment posted on Twitter.


.@KennedyNation: "Seattle used to be one of the most beautiful & livable cities in the world, but it has devolved into a Socialist hellhole" pic.twitter.com/B9nbwNKvfp
— FOX Business (@FoxBusiness) July 12, 2017

Of course, Washington state has one of the most fucking-over-the-poors tax codes in the nation thanks to its lack of state income taxes. It's the only state where people pay no income taxes at any income levels, but a measly 2.5% tax on the rich in Seattle only is "socialism." Okay. It is likely to be struck down in court because of the state law, but if income tax is socialism, I have some bad news for Kennedy here.

I also love the language she uses. Those damn SOCIALISTS are PUNISHING THE POOR by PAYING THEM HIGHER WAGES HOW AWFUL. How could they FORCE workers to TAKE HOME MORE MONEY???? THE HORROR. And yeah, some workers have had their hours cut because the companies they work for have chosen to do so in order to deny them benefits. But that can't possibly be the fault of the company, oh no. Let's not consider making it illegal to cut hours to avoid giving employees benefits or mandate that all employees be given benefits regardless of hours, no, fuck that. Let's coerce those workers back to unlivable wages instead.

Also, someone made me this: 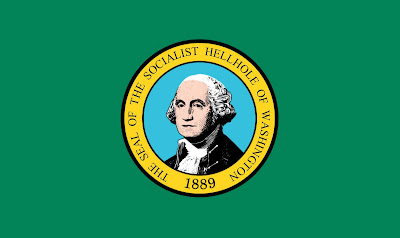 A fuckton of companies and individuals came out to defend Net Neutrality. We'll see if that made any difference at all.

It was revealed that Milo Youneedtostopoulos' book has only been bought by 152 individuals in the UK. Even in the United States of Hell, it sold less than 20,000 copies, which is pretty sad considering his fame. Being rejected by those Nazis really hurt you, huh Milo?

Republicans have made Trumpcare EVEN WORSE, YET AGAIN. No free birth control, only giving Medicaid money to ONE STATE (seriously this is real) in order to get the vote of a GOP holdout from said state (this is happening), you can be locked out of the healthcare marketplace for GETTING SICK, but not if you're part of congress :) :) :)

Also it was announced that the 13th doctor in Dr. Who will be a woman, and geek dudes flipped. Donald Trump Jr. is definitely guilty of treason at this point. And other things, but I need to get to doing some actual paying work to prepare for the end of the world so. Oh and I found a video of this big baby:

EGG *fart noises*
Posted by Not Sorry Feminism at 10:30 AM