Trump's approval rating is at a record low - lower than even Gerald Ford's at the six month mark. And yesterday, CNN sat down with a panel of individuals who voted for Trump, half of whom regret their vote. Stories keep coming out about these repentant Trump voters, regretfully saying that they had no idea that his words would turn into actions once he was given power.

Don't wallow in remorse, former Trump supporters. There is something you can do to help make up for your bad decision and at least minimize the harm his presidency can do not only to the nation, but the world.

In 2018, you'd best be voting Democrat. You'd best be voting out your Republican Senators and House members. Because the only way to stop the hell that you've unleashed is impeachment, and that can't happen without hella Democrats in congress. You held your nose to vote for Trump? Hold it again. I don't care if the opposing candidate is a straight up socialist (though I hope they are honestly lol). You made this happen, now you fix it. Or be prepared to kiss your healthcare goodbye and be plunged into another horrible recession, at least.

And if you don't, then you're not really sorry. Stop pretending you were a good person who just got tricked into voting for a man who is doing everything he has always done - worked to hoard as much power and money for himself as he can. If the House and Senate isn't flipped next year, you can all take your fake regret and shove it up your collective asses. 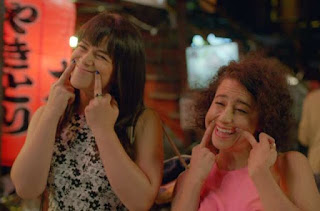 Posted by Not Sorry Feminism at 10:48 AM

Email ThisBlogThis!Share to TwitterShare to FacebookShare to Pinterest
Labels: Lord Dampnut, not sorry, republicans, US politics