If we're gonna agree that prison labor is modern-day slavery (which it is), then Hillary Clinton using that labor in her home when Bill was governor of Arkansas was pretty much yeah Hillary Clinton had slaves lol.

I mean they were owned by the state or maybe by the corporation that owned the prison, but she benefited from it and tolerated it and even welcomed it. Her only discomfort with the house slaves in the governor's mansion was here fear that the black men would hurt her.

This comes straight from her book. 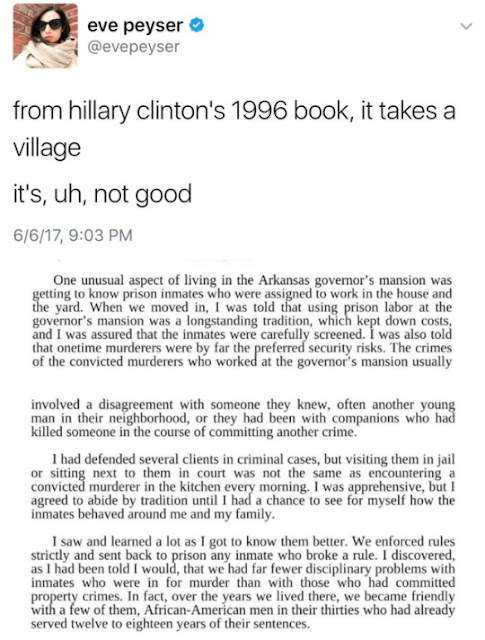 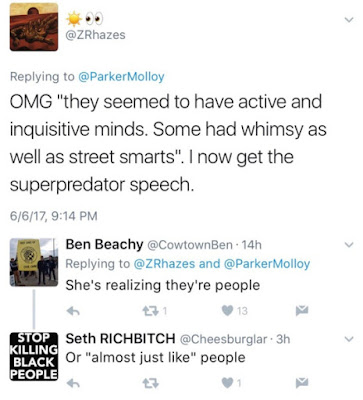 There's no doubt that the liberals should drop Hillary Clinton like a sack you just realized was full of poop because her past is too tainted with racism and if she really cared about black people at all at this point she'd fade right into obscurity. But being liberals, plenty of them are still defending her. And yeah, I know, that's just how it is in Ar-kansas and every other governor and governor's family has benefited from the same slavery but it's so telling that her discomfort doesn't seem to have ever had anything to do with "wow all these unpaid laborers are black and this seems kinda like slavery." So.

Abolish prisons. Or at least slavery, for the love of fuck.
Posted by Not Sorry Feminism at 3:00 PM