SEATTLE PD WHAT THE FUCK

I was beginning to have some hope for the Charleena Lyles case (read: murder) when I heard that an SPD sergeant or whatever had called the shooting unacceptable and that there was going to be a hearing by the city council on the incident (read: murder). And now THIS. 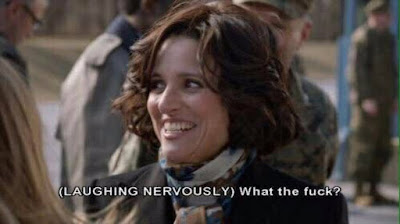 We see Whitcomb control an avatar through a fantasy world, jumping around a space shuttle and running by electrical orbs, while discussing a tragedy that left four children without a mother. Whitcomb recounts the day of Lyles' death in detail, from the radio call in which officers can be heard talking about her mental health, to the fatal shots that went off with her children in the room. At the same time, we see a man running around in a cape, with a gun slung on his back. To be fair to Whitcomb, he doesn't engage in any combat in this particular episode of the game, mostly just running around the virtual world.

During a phone call two days ago, Whitcomb told me that the death of Lyles is one of the worst moments in the department's history. "Dude, we are suffering," he said. "This mom with little kids, that is going to tear apart your soul."


YOU'RE NOT SUFFERING YOU'RE PLAYING VIDEO GAMES YOU FUCKING FUCK.

It's bad enough that the SPD has a fucking Twitch channel at all, called "Fuzzfeed206" (ugh), because this is obviously a way to try and reach young people by appearing "hip" and convince them that the police is on their side and try to get them to join. The military has been doing the same thing with video games for decades.

But to use your Twitch channel, playing a SHOOTER, to talk about your police murdering a pregnant mother of four? And you dare to say that YOU are the ones suffering?

Fuck you, Seattle police. All of you.
Posted by Not Sorry Feminism at 10:30 AM