Among other things, this months is indeed Women's History Month. I would have mentioned this earlier but there's kind of a lot of stuff going on, haha, just a little.

Anyway, in honor of Lord Dampnut and his Islamophobic, racist, and transphobic actions of late, let's focus on Muslim, Latinx, and trans women.

First up is Soraya Tarzi, who happens to have the same name as one of my favorite writers. She was an Afhgan queen who was an incredibly progressive queen of human rights, helping to implement women's rights and protection measures before the U.S. did. According to Rejected Princesses, her and her husband's only downfall was that they were too quick to push reforms in a country divided between conservative rural citizens and more liberal urban citizens. They were unfortunately overthrown in a well-time coup, but Soraya Tarzi lived to see her reforms be re-implemented after the dude who overthrew her fucked everything up and got tossed out on his ass. That was in the 1960s, just before the U.S. and Russia came in to fuck everything up.

Here's a photo of her in formal attire: 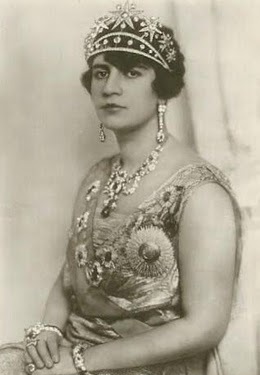 Something to use when Islamophobes try to claim that Afghanistan is and has always been super oppressive to women and whatever about burkas. Look at those shoulders.

The end of her story is super touching.

You can read the rest of her story at Rejected Princesses, and also I recommended browsing that entire website, especially if you're a dude. Muslim women rule.
Posted by Not Sorry Feminism at 4:01 PM