A Tapestry of Trumpcare's Humiliating Failure

From the Daily Beast:


Meanwhile, House Freedom Caucus members seemed to dig in further. Upon hearing that White House Chief Strategist Steve Bannon and President Trump were compiling a “shit list” of those who opposed the bill, an aide working for the hardline conservative caucus responded, “Meh.”

When asked by The Daily Beast if he was at all concerned about potentially making the White House “hit list” for his staunch opposition from the beginning to the American Health Care Act, Freedom Caucus member Rep. Justin Amash just smiled, laughed, and replied, “What do you think?” 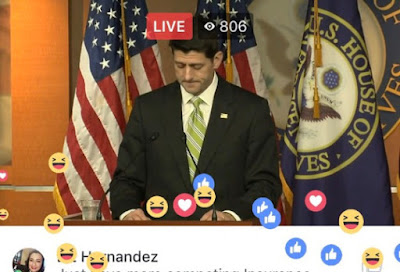 Steve Bannon Thought He Could Bully Republicans On Health Care. He Couldn’t.

“Guys, look,” Bannon reportedly said. “This is not a discussion. This is not a debate. You have no choice but to vote for this bill.”

Bannon apparently did not count on the fact that House Republicans knew they actually did have a choice in the matter.

“You know, the last time someone ordered me to something, I was 18 years old,” one of the members reportedly told Bannon. “And it was my daddy. And I didn’t listen to him, either.” 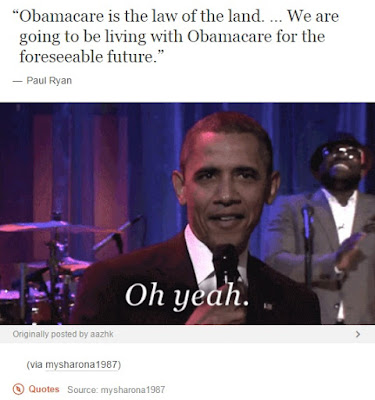 Democrats are smiling in D.C. that the Freedom Caucus, with the help of Club For Growth and Heritage, have saved Planned Parenthood & Ocare!
— Donald J. Trump (@realDonaldTrump) March 26, 2017

Looks like governing an entire country is harder than tweeting to all your fans and bullying people with a fake news site! Uh oh!