A Compilation of Angela Merkel's Face

For some reason, perhaps as part of a punishment for past sins, Angela Merkel, the Chancellor of Germany, had to come over here and meet with Lord Dampnut last Friday, spending hours at a time listening to him talk. This included him snubbing her when she asked for a handshake and demanding that Germany pay us an imaginary NATO debt.

She got through the encounter without going off on the orange Disney Channel villain entirely, but she couldn't hide 100% of her horror, which emerged at choice moments on her face, resulting in facial expressions that I deeply identify with. Click the images to see them in full glory.

Here's where it first sunk in that this guy is actually president of the United States of America: 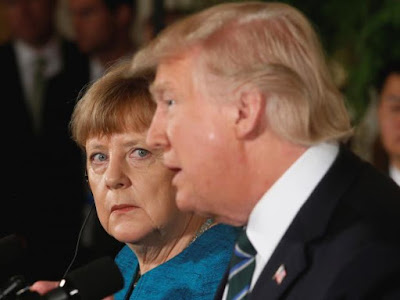 This is the "did he really just fucking say that" face:

Here's your classic "looks into the camera like it's the office" face: 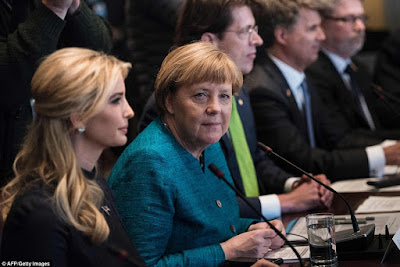 I think at this point she's trying to put a curse on him with her mind: 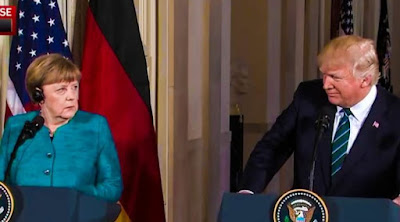 I call this one "barely keeping it together": 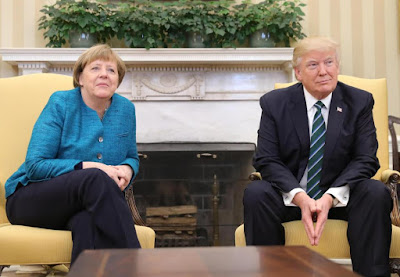 And finally, "this is a joke, right, tell me this is all a massive prank, please god": 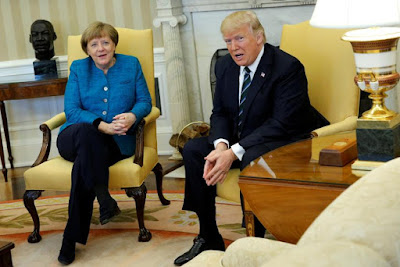 I think overall Merkel did pretty well, especially considering that in finding these photos it became apparent that this woman has an epic disapproval face, like, one that would put your British nanny to shame. Not to mention a great eye-roll/praying to god for patience face: 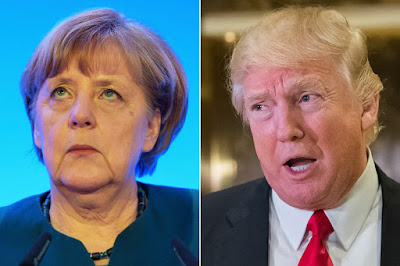 Same, Angela. Same.
Posted by Not Sorry Feminism at 2:30 PM