You've probably heard about this by now, but if not, a police captain of the NYPD pulled a Todd Akin by saying that the police department wasn't "too worried" about a spike in rape and sexual assault cases because most of them were the result of Tinder hookups, and not "true stranger rapes."

This, of course, is part of a long-standing, rape culture-supporting myth about rape that says "real" rape is being jumped by a guy in a ski mask who you've never seen before and dragged kicking and screaming into an alleyway, preferably while the rapist is twirling his mustache and laughing maniacally. In reality, the fast majority of rape is committed by people the victim knows, known as "acquaintance rape." The funny (by which I mean totally not funny) thing is, the people you meet on Tinder could hardly be called acquaintances. The Tinder app is designed to hook people up for dates or casual sex, and the vast majority of the time, only online interaction happens between the couple before they meet up - and not very much online interaction at that.

Tinder and other dating/hookup apps are also, clearly, the perfect tool for rapists and general predators, since it's very easy to hide your true intentions via online chat. Rapists aren't cartoon characters. They're much more likely to use tools like Tinder, dating sites, or Craigslist to seek out ideal targets rather than waiting in the bushes at night with a ski mask and an oversized novelty hammer and giant sack. 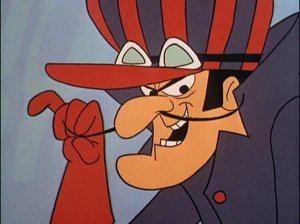 But it is a true testament to the obliviousness of the police - specifically, the police force of the largest metropolitan area in the entire US of A - that in our society, with all the very visible conversations that have gone on about rape culture and the nature of acquaintance rape, with all the vast amounts of information, studies, and widely available conversations about the fact that the vast majority of rapes are committed by people the victim knows, they still say shit like: "If there's a true stranger rape, a random guy picks up a stranger off the street, those are the troubling ones. That person has, like, no moral standards."

Yes, NYPD Captain Peter Rose actually, like, said that shit. Then he said that acquaintance rapes are "not total-abomination rapes where strangers are being dragged off the streets."

The NYPD has released a statement in which they claim that all rape cases are being taken very seriously and not conducted with the attitude of Peter "Total Abomination Rape" Rose (as he will henceforth be known to me), but Rose made this disgusting comments in an interview that was being conducted on the topic of the NYPD failing to solve the vast majority of rape cases. And then this:

"All complaints of rape and other types of sexual crimes are taken seriously whether they are committed by domestic partners, acquaintances, or strangers," the statement continued. "Due to the anonymous and random nature of rapes committed by strangers, detectives often face greater challenges in these types of crimes. Regardless, all sexual offenses are taken seriously.”


Okay, so Total Abomination Rape Rose is in trouble for saying that the rapes that were not stranger rapes haven't been solved because they're not really serious problems, and now you're saying that stranger rape is the harder one to solve? But those are the ones you've been solving. Meanwhile, any rape that doesn't fit a very specific, rape culture-upholding narrative goes unsolved.

Officially fuck you forever, NYPD.
Posted by Not Sorry Feminism at 12:51 PM