Not Everything Related to Politics is Bad 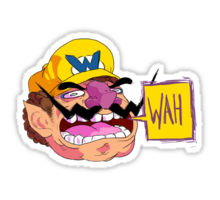 This post is about identity politics. It's a term people were using for a while to talk about the politics around marginalized identities. It's now been co-opted by asshole Republican politicians and pundits, white supremacists, and overall bigots to mean "bad people talking about race and gender and stuff in ways that threaten my privilege, wah."

It's kind of the new "political correctness." Politically correct was also stolen and turned into a Super Bad Thing by the right, which was easy to do, because it has the term "political" in it. All they had to do was say it in a mildly contemptuous voice over and over for a bit and suddenly, not being a dick is a bad thing.

Similarly, identity politics is now said by Fox News fucks with that same shitty tone of voice, and anyone who dares bring up issues of transphobia, homophobia, racism, misogyny, or what have you is chided for engaging in "identity politics."

Let's not make the same mistake we did with the term "politically correct." Don't buy into the idea that it's bad. Don't avoid using the term in a positive way. Don't protest when someone tries to use it on you in a negative way. Being politically correct isn't a bad thing. It just means you're being considerate in terms of oppression and marginalization. And identity politics are not a bad thing. It's just a category of politics. And if you don't like politics, tough. Your life is surrounded by it. Everything you do involves politics.

Are you white? You get unfair privileges based on that. Political. Do you identify as a Coca Cola drinker? That company is mired in politics, from how much it's allowed to pollute to the workers it exploits to how much corporate welfare it receives via your taxes.

Everything is political, and the political is not inherently bad. If you think it is, you're gonna have a pretty miserable life.

Anyone in my life who starts whining about identity politics as though it's a bad thing is going to get a mandatory lecture. And if they don't get the point, I'm going to follow them around screaming "IDENTITY POLITICS" every time they voice an opinion on anything ever.
Posted by Not Sorry Feminism at 1:06 PM