Things That Will Make Bigots Angry

These are a few of my favorite things.

First, Rogue One was, as predicted, a roaring success, with a substantial opening weekend and already making nearly double its production costs in worldwide box office receipts. So much for the misogynist white supremacist boycott *sad trombone noise*.

Even better, BAFTA just announced that if your film isn't diverse enough, said film will not be eligible for any awards. No more boring movies full of cishet white dudes and their cishet white dude problems getting awarded for being fucking boring. God this is going to piss off so many bigots. I can already hear the sweet whining.

In things that are already making bigots extremely angry, Overwatch has made one of its most popular and heavily advertised characters officially attracted to and in a relationship with a person of the same gender. 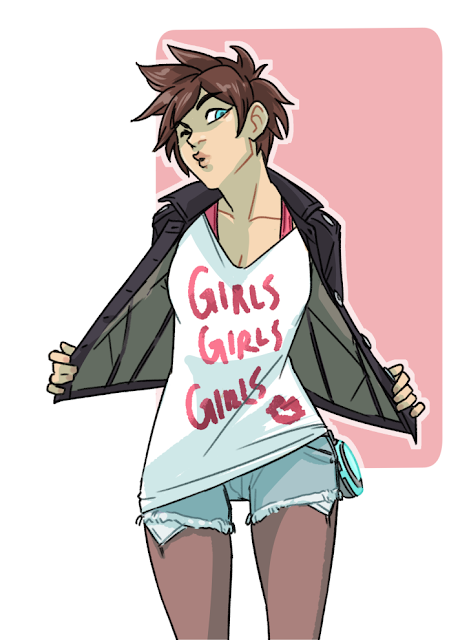 Credit for the adorableness above goes to ukiiukii.

Straight gamers, mostly straight dude gamers, are sooooooo maaaaaaad. Poor babies aren't getting as much representation because women, people of color, and LGBT+ people are getting a little. Waahhhhh.
Posted by Not Sorry Feminism at 3:18 PM