In addition to the appointment of Steve "Actual White Supremacist" Bannon as chief White House strategist for Donald Trump, there are a large number of giant red flags popping up that say "HEY LOOK OUT THESE ARE KEY ELEMENTS OF FASCISM HEY."

First we have not-even-at-all-veiled legal threats toward those who criticize the President Elect.

Conway's reference to "a legal sense" led host Chris Wallace to follow up, pressing Conway on whether she was suggesting Trump might sue Reid.

"No, I'm not suggesting that at all," Conway said. "I'm calling for responsibility and maturity and decency for somebody who has held one of the highest positions in our government, in a country of more than 300 million people."


No, she's not suggesting that. She outright said it. She said "in a legal sense."

"It took only five days for President-elect Trump to try to silence his critics with the threat of legal action. This should shock and concern all Americans," said Adam Jentleson, Reid's deputy chief of staff in the statement.


It should, shouldn't it?

Georgia Bill Could Make Niqabs And Hijabs Illegal In Public

House Bill 3, written by state Rep. Jason Spencer (R), aims to alter the language of Georgia’s anti-masking law to include women. This would make it a misdemeanor for anyone to wear any type of hood or veil — including niqabs and hijabs — while driving and in public spaces, according to a report by The Atlanta Journal-Constitution.


I'd say that there's no way this would hold up in court if it passes, but in Trump's America, who knows anymore?

But we're okay here on the opposite side of the country, in liberal Washington State, right?

The proposed bill would allow police to charge protesters who “block transportation and commerce, cause property damage, threaten jobs and put public safety at risk” with a class C felony. Ericksen said strikes and picketing would still be permitted.

The Republican state senator said similar charges would apply to those who “fund, organize, sponsor” such protests, and the bill would force such individuals to “pay restitution up to triple the amount of economic damage” done. 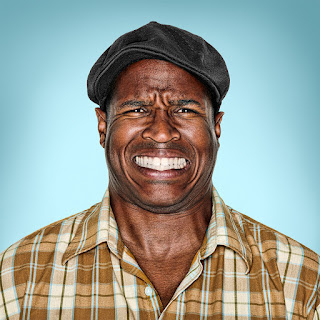 That is the exact right face. Thank you, Dan McBride Photography.

The activities listen in the bill are already against the law, which is fucked, but to make them a felony and call them terrorism??