An elementary school bus driver rescued 20 children and went back to double check for more when her bust burst into flames. That hero Reneita Smith, who says she was just doing her job. 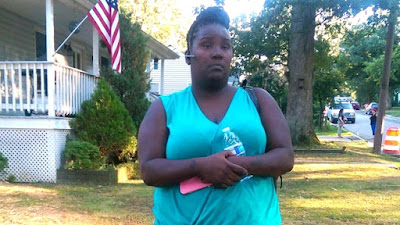 But all 20 students of Glenarden Woods Elementary School in Prince George's County made it off the bus safely thanks to the driver. Reneita Smith jumped into action when she saw flames.

"I opened my door, took off my seat belt, and I got my babies off that bus," she said.


This was no little fire, either. Smith jumped into action after spotting actual flames coming from the wheels, and the bus was engulfed shortly after she left it for the final time after making absolutely sure that no children were left on board. Then the bus looked like this:

That guy's like "fuck it, there's no saving that bus."

It's a good thing that Reneita Smith was there to calmly take action. She thought nothing of herself and still doesn't consider herself to be a hero. Thank you, Reneita Smith.
Posted by Not Sorry Feminism at 3:00 PM