Hey News Media, Can We Talk?

As a somewhat journalist myself, by which I mean being employed by a petition website that requires some of what people call "journalistic integrity," I have some insight into how news media should frame their articles and, perhaps more importantly, their headlines, in order to refrain from skewing their audiences into a particularly biased impression of an event.

People sometimes complain about the used of language like "allegedly." I've come to learn that this is simply a legal term that journalists are often required to use whenever a specific criminal act has not yet been definitively found by a court of law to have taken place. News outlets will say that police brutality was "alleged" because a court hasn't yet found that officer guilty. And probably never will, but that's another thing.

This isn't to say that journalists are required by law to use terms like "alleged" in these circumstances. It's more about ensuring that audiences aren't misled and maintaining credibility for the news company. That's why I don't tend to bother with that crap. But I do understand why large companies trying to appear unbiased do it. However, they're doing it badly. 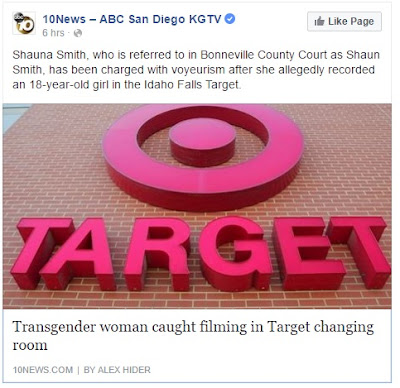 The problem with this headline is that A) It makes the reader automatically assume that the individual is an actual trans woman, which is currently up for debate, and it leads the reader to believe that this person is guilty without any kind of trial.

And it's not just this ABC affiliate. 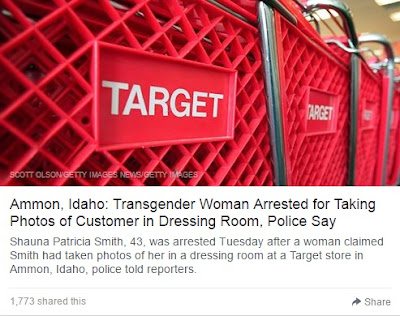 This is at least better than the first because it uses "Police Say," a more specific alternative to "allegedly." But they put it all the way at the end and still declares the person to be trans despite the fact that there are allegations that it's a cis man pulling the "pretending to be a trans woman to get into a women's dressing room" thing, which probably wouldn't have happened if shit-bigot transphobe alarmists hadn't put that idea into everyone's fucking heads. Anyway.

This is my favorite: 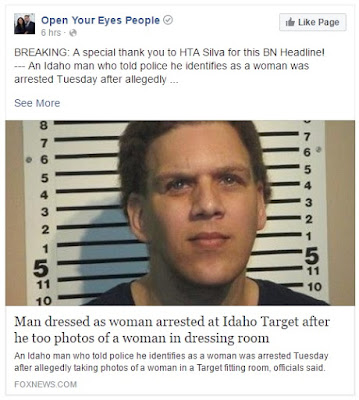 This is, of course, Fox News. So eager to push the cis dude going into women's spaces fearmongering that they put a glaring typo in their shit headline. The comparison also shows the lack of journalistic integrity on someone's part. One headline says "photos," another says "video." This one not only fails to say that the accusation of voyerism is alleged, it declares this person to be a man, which is even worse. Because if this is a trans woman, then they're misgendering a trans woman, which is violence.

Now, this kind of thing might not bother me so much if it wasn't for the comparison to other headlines on different subjects. It's interesting that the mainstream news media will drop its efforts for integrity in cases like this, but what about when police and privileged people target the oppressed? 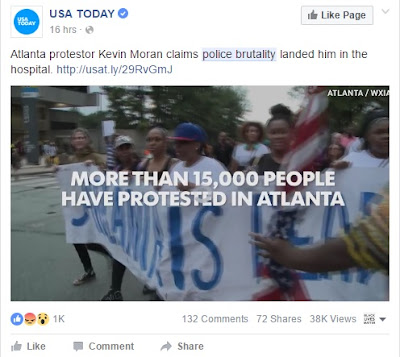 Oh, interesting. This man "claims" cops put him in the hospital, but the woman accusing a possible trans woman of voyerism isn't claiming? She's definitely right? It's definitely true? But we can't trust the person accusing police of brutality? Is that how it is? 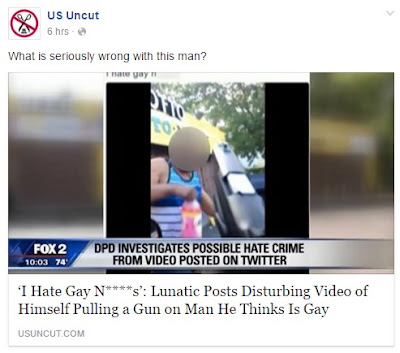 I have no problem with US Uncut's headline. But look at the headline from FOX 2. Possible hate crime? This guy pulled a gun and screamed "I hate gay n*****s," and it's a POSSIBLE hate crime??

I've seen weasel words used on a lot of news stories about clear hate crimes, but this one takes the cake. The guy literally used the word "hate" about a marginalized community while committing a crime. Like.

Pay attention to how news outlets use this kind of language. Think about how it frames your first impression of an incident. Soon you'll be as pissed off as I am.
Posted by Not Sorry Feminism at 3:38 PM