In the Mind of Bernie Bros 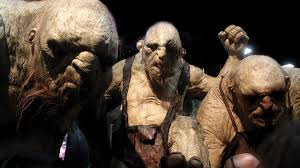 Rolling Stone published a series of interviews yesterday with certified Bernie Bros - three men who were caught (or proudly advertised themselves) harassing and threatening Nevada state Democratic party chair Roberta Lange after all the primary election fuckery that went on in that state.

Lange very likely deserved a lot of criticism and an investigation into possible election fraud and other illegal behavior. What she got instead was a ton of messages to her private number, some referencing her home address, since she was doxxed online. Some of the worst messages were screengrapped and posted on the Democratic convention's website, and some of them had the sender's phone numbers attached.

Some Bernie fans insisted that the harassers must have been plants from the Clinton campaign dedicated to making Bernie look bad, but Rolling Stone got ahold of three of these men and found that they were all die hard Bernie supporters with long track records of Berning. They were then asked what the fuck they were thinking.

Pro-Bernie Trolls on Why They Harassed Nevada's Democratic Chair

The interesting thing is that all three of these grown men deny that their messages were at all threatening or deny intent to threaten. Yet all of their messages are clearly threats, at the very least thinly veiled threats. The first guy texted "Someone will hurt you" and in the interview said "I regret saying anything I may have said that may have been offensive or taken as a threat, yeah." Who wouldn't take "someone will hurt you" as a threat? That's a direct threat. Then this guy spends the rest of the interview talking about how emotions were high. 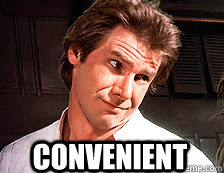 It's funny to me, because of how often I've been called overly emotional, irrational, and angry for my feminist writings. But you know what's interesting? I've never threatened to physically harm anyone. I've never sent a death threat, not once. I'll warn people of potentially dangerous men and in the most extreme situations, attack their reputations, but I draw the line at threatening physical harm, as I think we all should. It seems really simple, just don't send death threats. Yet on all sides, people continue to do so.

At least Austin is very apologetic, but being apologetic after being violent while simultaneously blaming his emotions that he apparently can't control for his bad behavior is a classic abuser tactic. The other two refuse to admit that their messages were threatening, with David guy saying his "was not texted correctly." Apparently he intended to follow up his creepy texting of her address to the chair (another way of saying "I know where you live") with "She has millions of people that she has to answer for, and everybody knows her number, where she lives."

The last guy, Tyler, says he didn't make a "direct" threat from a "legal" perspective, which apparently, to him, makes it all okay. Even if he's right that it wouldn't be viewed as a threat from a legal perspective, that doesn't make it okay? What kind of shit morals are men like this being taught that they think any behavior is okay as long as it's not technically illegal?

This guy told her that "Since ten years of age, all I know how to do is make your life more challenging." Threatening her with more harassment and whatever else. And he's apparently proud that he posted this to a Facebook group with the direct intention of encouraging others to send her similar messages.

It's just incredible how men can pull the mental gymnastics and defense mechanisms necessary to justify their behavior to themselves.

"It's not technically, legally a direct threat." 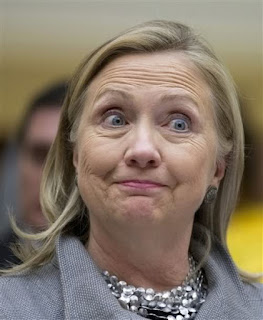 I've seen these all before in the defense of threats and harassment of women who have done much less wrong (and actually done nothing wrong) than Lange.

The thing is, when it comes to public figures in charge of things that affect every person in the country and beyond, they should be subject to pressure from the people. I advocate for making your voice heard by contacting elected officials like Lange. I don't even necessarily have a problem with doing so on her private number, knowing it's easy for her to dodge/ignore calls and emails to the contact avenues made available to the public. But there's a difference between ensuring she can't ignore the voices of the public by flooding her email and phone with messages saying that what she did is wrong and sending threats.

I especially have a problem with men sending threats to women considering the current massive problem with online harassment and threatening of women, from politicians to minor employees in gaming companies, including doxxing and calls to private phone numbers.

It's really a simple matter of keeping the focus on the issues and not making it personal and violent. I also always have a problem with any men using gendered slurs. Yet adult fucking men continue to make pathetic excuses for their violent behavior toward women.

You do make Bernie look bad and put the onus on him to apologize for your asses, but that's not why you should be ashamed of yourselves or why you should stop. You should stop because it's wrong and fucked up and oppressive to do that to someone you have male privilege over. Just stop.
Posted by Not Sorry Feminism at 2:30 PM