Hey, Emerald City Comicon. One of the biggest geek conventions in the city of Seattle and the biggest devoted to comic books, probably. We met a couple years ago, remember? You invited George Takei to speak and I was too shy to even go up to Edward James Almos at all. Good times.

You've been good to me in the past, ECCC. So I thought maybe you'd explain something to me.


Why the fuck does my ECCC badge have an image of a woman being sexually assaulted on it? pic.twitter.com/KhwrEMHGKt
— Calamity Jon (@calamityjon) March 3, 2016

Wow, after all the recent discussion about misogyny in geek culture, sexism and sexual assault in comics, and making women feel safe in these spaces, this is the art you decided to go with? A creepy demon hand either in the process of opening up a woman's shirt or about to assault her?

Oh, and after people complained, ECCC's response was a beautiful demonstration of both not getting it and not actually giving a fuck.

We are aware that some Fans are uncomfortable with the art depicted on the ECCC Sunday Badge. The art on the Badge is from the Image Comics’ series The Discipline. Within the context of the comic, it is understood that these images do not depict non-consensual acts or sexual assault. Without that context, such as on the face of a Sunday Badge, that is not clear.


Hahahahahaa I DON'T GIVE A FLYING FUCK ABOUT THE "CONTEXT," EMERALD CITY COMICON. There are hundreds of individuals in Seattle who registered for ECCC this year and I'm betting a huge percentage of those people have not read this particular comic and would have no way of knowing the context. All we see upon looking at this badge is a woman about to get groped by a demon.

You know what I DO give a flying fuck about? All the women and girls who looked upon this badge, a considerable percentage of whom have been sexually assaulted. What the FUCK does the context matter to them? The fact is that you chose this image that most people would have no context for, an image that any typical person would see and think "she's about to get groped/assaulted/raped by a monster," and you didn't think for a second that this might make survivors and women feel unsafe. I didn't see this badge and think "well maybe the demon hand is closing her shirt for her?" Her terrified face and the sexualization of the image point to one thing.

Don't fucking patronize us. We know comics. We know geek culture. The titillating "oh is she going to be assaulted? Is she not?" shit is exactly the kind of thing that makes us feel unsafe. Because to so many men, sexual assault and rape are considered to be sexy. And this absolutely terrifying knowledge is a huge part of the reason we feel unsafe at conventions like yours.

Fuck you. Fuck your context. Fuck your failure to give even the slightest of shits about women and survivors. Fuck your pathetic non-solution of allowing attendees to go and exchange their badges for non-rape culture ones at Will Call. Making your paying customers have to make an extra errand when it's too fucking late. It's too fucking late. You've already shown that you don't give a fuck. Survivors have already seen it and suffered whatever horrible trauma flashbacks, panic attacks, depression, or whatever else happens to them when triggered. You've already got that on your hands and you've demonstrated profoundly that you do not give a fuck. 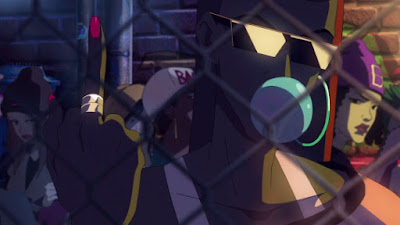 Posted by Not Sorry Feminism at 10:39 AM