I meant to mention this yesterday, but anti-social justice people actually planned something called "The Triggering" (oh god the secondhand embarrassment) for today. Basically they're going around on social media, mostly Twitter as far as I can tell, posting statements that they think are triggering and tagging them with #TheTriggering.

The main flaw of this plan is rooted in how psychological triggers actually work. If you announce ahead of time that you're going to be posting triggering things and then tag said things with a common phrase, that is what we call a "trigger warning." It's very easy for people to stay off of Twitter for a day, use programs that block specific tags, and/or mentally prepare yourself to see potentially triggering material, which helps prevent an adverse emotional reaction.

It never fails to be hilarious how little these edgelords understand about the things they rail against and how frequently they embarrass themselves because of that ignorance. They try so hard to be edgy and are so desperate to convince themselves they've upset people. I recently had a Twitter encounter with these people after one of them replied to the pinned tweet on this blog's account that linked the the post talking about why white feminists should not be supporting Hillary Clinton. His reply was an image of Hillary Clinton with the words "I did not have sexual relations with those emails" - a bizarre combination reference to Bill Clinton's famous denial of his "affair" (assault) with Monica Lewinsky and the recent trumped-up email scandal. He then tagged his tweet "#triggered".

I was confused at first, but it soon became clear that he did not look at the actual blog post, assumed that I was pro-Hillary, and thought that any random thing mocking Hillary Clinton (kind of) would trigger me. Apparently it's common for these individuals to include the "triggered" tag on anything they think is going to be upsetting. These people evidently think that "being triggered" simply means "getting at all upset or irritated." 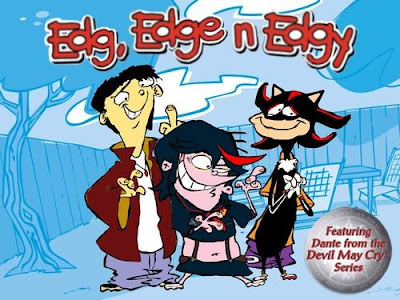 This gets even funnier when you consider the fact that the same people will be extremely upset when you suggest that hate speech should be disallowed on Twitter, or that white people have white privilege, or when you block them, or when you shut down their misuse of logical fallacy words, or when you make fun of them at all, etc. etc.

They also fail to realize that almost everyone has psychological triggers because almost everyone endures some kind of trauma at some point in their lives. The severity of the emotional reaction depends on many factors and isn't always deeply disruptive. For example, it's clear that for a lot of people, being told that they can't or shouldn't do something is triggering. It evokes a feeling of disempowerment that they probably experienced repeatedly as children and possibly into adulthood. That feeling quickly turns into anger and they become defensive and/or go on the attack. It can get so bad that it frequently disrupts their lives by leading them to waste time with shit like "The Triggering."

It's a little sad, actually. They could be doing great things with all that energy and focus, but instead they end up repeatedly humiliating themselves. Here's hoping that they one day grow up a little and begin the healing process.

Posted by Not Sorry Feminism at 12:45 PM