Washington State is Really, Really Interested in Your Genitals 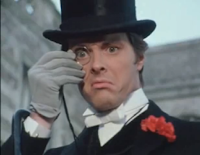 So now, the Washington State Senate’s Law & Justice committee has passed Senate Bill 6548, meaning it can now be brought to the state senate floor for a vote. And apparently, our state's senate is controlled by Republicans? Terrific.

This bill is essentially a reversal of the state's inclusive bathroom policy saying you can use whatever bathroom or locker room matches your actual gender, rather than the gender you were assigned at birth.


You might have noticed that this bill is completely focused on other people's private areas. Many, many trans people before me have pointed this out already, but how the fuck is anyone supposed to enforce such a policy? Are they trying to make it legal for a "public or private entity" to require genital checks before anyone enters the bathroom? Can they install x-ray checking machines at crotch level and make us all sterile?

All a bill allowing this kind of shit does is terrorize trans people to the point that they're afraid to use any bathroom outside of their own home. This is why trans people have a lot more problems than us cis people with UTIs and related medical issues. It's literally a public health problem.

And all of this is based on the completely imaginary issue of men pretending to be trans women to go into the women's bathroom to assault women.

Firstly, this doesn't happen. Secondly, men go into women's facilities to assault women without having to pretend they're trans women. There is no actual barrier to stop them from doing this.

All this does is fuck over trans people.

So my idea is, when this does go to the floor for the vote, let's us cis people bust through the door to to the senate in Olympia and be like "Hey we all need to use the bathroom, where's the person to check our genitals to make sure they match the signs on the door??" And then just start pulling down our pants. They'll have to drag us out with our pants around our ankles.
Posted by Not Sorry Feminism at 12:17 PM