There is. An abortion boat. The S.S. Abortions, if you will. 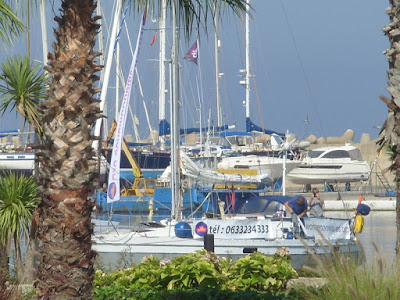 ALL ABOARD. HONK HONK.

No, seriously, though. This is a non-profit called Women on Waves. They boat around, dock, distribute information on abortions in countries where the practice is illegal or highly restricted. Then they take people who want abortions out into international waters to fucking give them safe abortions.

How did I go 27 years without knowing about the mother fucking abortion boat????

Right now they're headed to South and Central America to help women infected with the Zika virus while pregnant get abortions. If you haven't heard, this virus is rapidly spreading and can cause serious cranial deformations and brain damage in fetuses if the pregnant person is infected. Since the governments in places like Columbia and El Salvador are basically like "don't get pregnant" while doing fuck all to actually prevent pregnancy.

But it's not just the abortion boat. These people are expanding to the FUCKING SKIES.

The Abortion Drone was a success, women in Poland receive medical abortions. The drone departed from Germany and landed at the opposite side of the river in Slubice, Poland. While the drones were crossing the German/Polish border, the German Police tried to intervene but the drone pilots were able to safely land the drones at the Polish side. Two Polish women swallowed the abortion pills.


They're using new drone technology to fly abortion pills to people who need them.

This is probably the best pro-choice thing I've ever seen. I love seeing people get shit done. Laws are in your way? Fuck that, we'll get you out to international waters. Or we'll just drone you some pills, no problem.

If this wasn't cissexist, it would be perfect. Women on Waves, please rename your organization to "The Abortion Boat" and start including trans men and non-binary people. Then let me run away with you.
Posted by Not Sorry Feminism at 4:00 PM