It's no spoiler to point out that Star Wars: The Force Awakens clearly has a main character who is a woman. Rey, along with her co-star Finn, kicks a lot of ass around the galaxy. And yet, something is a bit off about the The Force Awakens merchandise. What could it be? 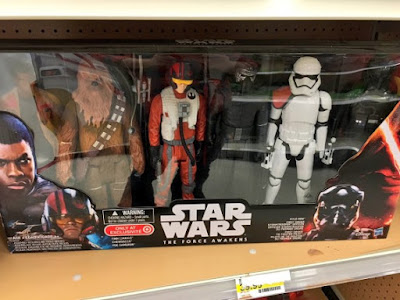 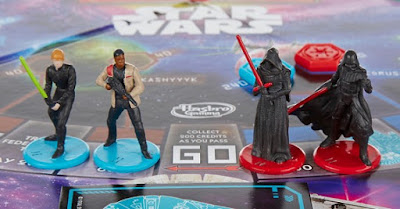 Hasbro released an excuse as to why their latest edition of Star Warsopoloy lacked Rey.

"The Star Wars: Monopoly game was released in September, months before the movie's release," the statement reads. "Rey was not included to avoid revealing a key plot line that she takes on Kylo Ren and joins the Rebel Alliance."


Bullllllllllshit, we all knew Rey was going to be on the good side from the moment we saw her. That is not a spoiler. That's like going "spoiler alert, the main character in the new Die Hard movie shoots a lot of people." Fuck you, Hasbro. Unless JJ Abrams was gonna sue your asses if you included Rey, I don't buy that for a second.

This is a continuation of a systemic problem with female characters being left out of the merchandise. The same thing has been happening with The Avengers and other super hero movies. Black Widow was even kicked off of her motorcycle so that a male character action figure could ride it instead.

I read a thing over my break that I need to dig up explaining how dividing toys on gender lines boosts merchandise profits, and because action cartoons make most of their profits off of merchandise, companies will cancel shows that have turned out to have large female fanbase specifically to maintain that divide. That's why shows like Young Justice and Green Lantern on Cartoon Network get cancelled.

That is fucked up. And it would make sense if that's why companies are leaving Rey out of merchandise. But also, the "conventional wisdom" still says that "girls don't buy toys," which is also bullshit, but why bother working on accurate information? It's all about the profits, right, guys?

Fuck all of you.

Posted by Not Sorry Feminism at 11:11 AM