Men Talk At Me

There are several ways in which talking with men and talking with women are different experiences. What's interesting is that a lot of people don't notice (I sure didn't) until it's pointed out.

The idea of "mansplaining" came out a couple years ago to describe the phenomenon in which men will over-explained concepts to women who are already very familiar with said concepts. This happens even when the woman clearly has better credentials in the subject than the man. Cis men will even try to mansplain the experience of menstruation to cis women, or mansplain misogyny. The latter has happened to me more times than I can count.

But this impulse to explain isn't just a problem when women already know more than them about the topic. Men over-explain and over-share and just generally lecture whenever they get the chance. And it's a very different experience than when women explain things or have a lot to say. With men, it's like a lecture - like suddenly they're playing professor and I'm the student. With women, there's at least some semblance of conversation, like you're an equal.

I have a friend who is very often exhausted due to a combination of OCD, anxiety, and difficult life responsibilities. It can be difficult for her to explain things and, because exhaustion, she has a tendency to go in circles and over-explain. However, unlike men I've talked to, she genuinely has difficulty explaining but you can tell she’s trying to collect her thoughts from the tired fog and express herself. And in doing so, she’s often pausing to apologize to me for going on and on and/or to engage me with simple phrases like “you know what I mean?” or even “have you ever felt that way/experienced that?”

I use this friend as an example here because there are people, whether because they have a mental illness or are on the autism spectrum or experience some other kind of neurodivergence, who have difficulty explaining things and so can go on for a long time in their explanation, but that's not what I'm talking about. Neurotypical men don't have trouble explaining the things they're talking about. They just love talking at people.

With men, there’s no pause to apologize or engage. It’s not a one-on-one discussion. It’s not even like one person ranting to one other person. It’s more like I’m part of an audience I can’t even see and he’s a professor or performer of a monologue and I’m supposed to sit there silently and listen. But I didn’t sign up for a class and I didn’t buy a ticket. I didn’t willingly seek this out and I didn’t even have time to prepare.

There have been so many times where I've asked a man a simple question that can easily be answered in a single sentence. Suddenly I’m forced into a situation where I have to stop whatever I’m doing and give up on whatever line of questioning I was actually going for or discussion I actually wanted to have. I’m suddenly expected to sit and listen to a rant that can go on for anywhere between two minutes and hours, if I let him go. And half the time his rant doesn't even answer my question. I then have to repeat the actual question and then, now that he's had the opportunity to talk my ear off, he answers in one sentence!

And as women we’re expected to and taught to sit and politely listen until the talker is finished. We’re not allowed to interrupt. We’re supposed to listen intently, looking at them and smiling and nodding for as long as they want to go on. And I know from many, many experiences that this encourages men to keep going. And going and going and going.

Men act like it’s women who do this and yet I’ve never in my life seen a woman who does this to a fellow adult. I’m sure there are women like that but they’re probably hated by everyone for being selfish and annoying. But men do this all the time. Sometimes I feel like I'm just a pair of ears to them. And it's incredibly disrespectful to my time and emotional energy,

What men don’t get is that it’s not the same as when women excitedly gush to me about their favorite movie or a friend pours her heart out to me. Women check in and apologize constantly when they think other people won’t care about what they’re talking about. Men don’t even seem to stop to think about it. Women regularly engage the listener, acknowledging their actual human existence, and after a rant will almost always make an effort to allow the listener a place to talk, either asking their opinion or just asking how they are. 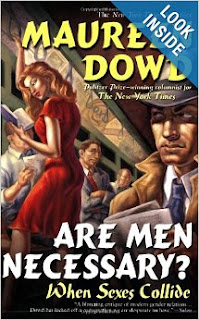 Men, well, men seem to never stop unless interrupted by something or until I make an effort to visibly show that I’m not interested or even not listening. Because at some point you have to do something to get them to stop because, for fucks sake, I have a life and I have work to do and my time is not for you to freely eat up by lecturing at me.

Now I feel like I’m ranting in circles. But it’s honestly because I feel like no matter how clearly and repetitively I explain, men won’t get it anyway. They were raised to feel entitled to our time and attention. And they were raised to believe that everything they say is pure gold and that we should apparently be enraptured by every word, blissfully oblivious to the fact that half the time the only reason we seem interested is because we were raised on the idea that women must always be nice and polite and good listeners and never interrupt, so we fake interest.

God if men only knew how often we fake interest.
Posted by Not Sorry Feminism at 11:32 AM