Whoa, I got a guest post! The awesome Holly Whitman came to me with some pitches like I'm some kind of professional, which was weird, but I encourage any other readers to do the same! The articles don't even have to look this nice. Anyway, here's a bunch of cool, well-researched information on the gender pay gap. After reading, visit her blog, onlyslightlybiased.com.


Thanks to the increasing popularity of progressive and populist ideals in the United States, pay equity for women has become a central issue in our ongoing presidential election. It’s an issue that we’re going to hear trumpeted by the likes of Bernie Sanders and Hillary Clinton in the coming months, while Republicans will continue to sweep it under the rug – along with the outpouring of public support for a higher minimum wage.

The thing is, while the United States has an undeniable tendency to pay women less than men for equal work – one estimate is 82.5 percent, though others skew closer to the 72 percent mark – some industries are simply better than others when it comes to pay equity. We’re going to take a look at both groups and see if we can’t come to some conclusion about the direction in which things are headed.

The Worst Industries for Pay Equity 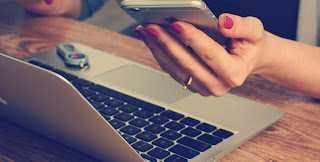 Back in the 1950s, it was simply a matter of course that women were paid less than men – 40 percent less, in fact. So it’s clear that things are largely in an upswing. That said, we still lack both a national consensus and common-sense federal law. Both of these would drive this number closer to 100 percent than it is right now, some 50 years after the women’s liberation movement began.

Where is this problem the worst? One industry we can point to is food service.

According to landmark research from David Neumark, women are casually and regularly discriminated against by upscale restaurants. Female applicants, he found, are much less likely to receive a call back with an offer for employment than their male counterparts.

Another unlikely bastion of sexism is the world of professional musicians. When auditioning for a seat in a symphony orchestra, women who audition behind a screen are much more likely to advance in the selection process than women who audition without a screen. Equality, much like justice, would appear to be blind.

For a more comprehensive look at industries with the worst track records on pay equity, we can turn to the ever-reliable Bureau of Labor Statistics. Here is a brief overview of the worst offenders:


The list goes on, to the point where we have no choice but to face this phenomenon head-on and make a concerted effort to turn it around. Of course, the deck has always been stacked against women, and it doesn’t always take the form of outright discrimination.

In fast-paced industries, it’s quite common for employers to actively reward employees who spend long hours in the office. By definition, this is a discriminatory act against women, many of whom have familial responsibilities waiting for them at home. These responsibilities – cooking, cleaning, parenting – have been cemented in place by traditional and societal inertia. In other words, a single male is much more likely to avail himself of overtime and be rewarded for his commitment in the form of raises and company advancement than is a married woman with two children waiting for her back home.

The Best Industries for Pay Equity

It’s not all bad news, though.

Silicon Valley is becoming an unlikely champion of both pay equity and gender neutrality in the world today. This is thanks to companies like Apple, Google and Facebook getting more serious about including women in the decision-making process and providing female-centric health services, like egg-freezing, and health plans that provide birth control as a matter of course. It’s nice to see an industry that lives on the cutting edge of both technology and social justice.

If you’re a woman and you’re reading this right now to narrow down your potential career choices, it makes a lot of sense to seek out employment in the technology, Web development and scientific fields. It cannot be an accident that the most forward-thinking fields are also among the most egalitarian.

However, if the so-called STEM fields – science, technology, engineering and mathematics – are not quite what you’re looking for, another roundup of best professions for women might help. Sales engineers, anesthesiologists, chief executives, upholsterers and construction workers all appear to be careers for which women can expect pay equity, or at least something approaching pay equity.

If everything you read above has you feeling depressed, know two things: 1) You’re not alone, and 2) There’s still hope. It comes to us from America’s more progressive small businesses.

Corporate culture might be beholden to ancient economic models by stubbornness, tradition and inertia, but small businesses across the country are making meaningful contributions to this debate by enshrining pay equity and other expressions of fairness in their company policies and culture. It’s an encouraging trend, and one that will only grow more widespread as populism takes hold in this country.


What you’ve just read might feel like a mixed bag of hope and stalled progress, but you’d be right to come away feeling largely optimistic. Public awareness of this issue has never been more widespread than it is at this moment in our development, and that means a society-wide consensus on the value of women cannot be far behind.

Only Slightly Biased or on Twitter at @hollykwhitman.
Posted by Not Sorry Feminism at 4:00 PM