This is pretty hilarious.

The U.N. Sent 3 Foreign Women To The U.S. To Assess Gender Equality. They Were Horrified.

Sexism isn't a problem in the U.S. anymore, though, right?

A delegation of human rights experts from Poland, the United Kingdom and Costa Rica spent 10 days this month touring the United States so they can prepare a report on the nation's overall treatment of women. The three women, who lead a United Nations working group on discrimination against women, visited Alabama, Texas and Oregon to evaluate a wide range of U.S. policies and attitudes, as well as school, health and prison systems.

The delegates were appalled by the lack of gender equality in America. They found the U.S. to be lagging far behind international human rights standards in a number of areas, including its 23 percent gender pay gap, maternity leave, affordable child care and the treatment of female migrants in detention centers.


Costa Rica being one of those countries that MRAs and anti-feminists would probably point to and be all "how dare you worry about women dying from a lack of medical care and being dragged down by childcare costs and low wages when actual bad things are happening to women over here!" And Costa Ricas all "what do you mean pregnant people in the U.S. don't get mandatory maternity leave??" That's right, I bet they're not even cissexist in Costa Rica.

They were also appalled at the gauntlet of ridiculous protesters protesting outside of abortion clinics who, of course, screamed at them as soon as they got close despite them all being past childbearing age.

Then there's the general violence against women in the country, particularly gun violence. It's not even a federal policy to take guns away from domestic abusers. That's a luxury you can only find in the most liberal states.

While the delegates were shocked by many things they saw in the U.S., perhaps the biggest surprise of their trip, they said, was learning that women in the country don't seem to know what they're missing.

"So many people really believe that U.S. women are way better off with respect to rights than any woman in the world," Raday said. "They would say, 'Prove it! What do you mean other people have paid maternity leave?'"


Yeah. Including Costa Rica. And literally nearly every single other country on Earth. 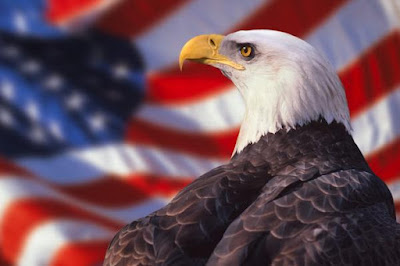 Posted by Not Sorry Feminism at 2:45 PM