I missed this year's Black Lives Matter Friday protest in Seattle because I was flooded with work that week, but it looks like it was a damn good time. These photos are fucking priceless: 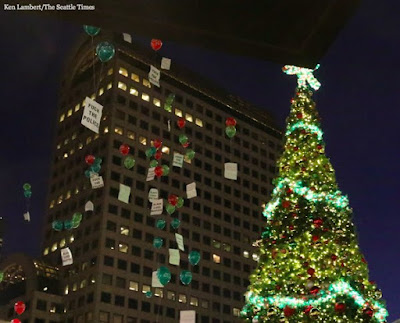 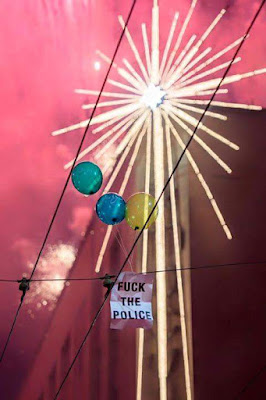 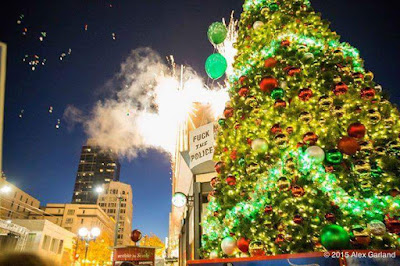 Yeah. People attacked signs saying "FUCK THE POLICE" to balloons and let them fly during the annual downtown tree lighting. I think this may be the most beautiful thing I've ever laid eyes on. I'm tearing up a little.

Meanwhile, black people and their supporters were decimating corporate profits in Chicago by gathering in front of storefronts in the city's busiest shopping district and marching around, reminding everyone about how the CPD shot a 17-year-old kid 16 times in 15 seconds.

I'm sure plenty of people complained about the inconvenience, saying that pissing off white shoppers will never get them on the side of Black Lives Matter (as if anything would), but...


If the goal is sparking conversation, demonstrations are undoubtedly working. Never heard so many white ppl talking about race in my life
— Astead Wesley (@AsteadWH) November 27, 2015