Women Own All of Your Favorite Media, Forever

All these studies are coming out that are proving that media belongs to women. Video games, movies, everything.

After adult women became the largest gaming demographic overall, dudebros tried to claim that it was mostly women playing Farmville (is that even a thing anymore) and mobile games. And theeeeeeeeeen:

Turns Out More Women Than Men Own Gaming Consoles


Apparently more women than men own consoles, prompting every dude to go "but the real gaming is on PC tho"
— Justin (@GigawattConduit) November 4, 2015

And now they've found that movies about women make more money than movies about men. By over $45 million. And women still only make up about 30% of speaking characters in movies. How do you fail that hard, men?

Oh, and I recently found out that the original model for Commander Shepard from the Mass Effect series was female. 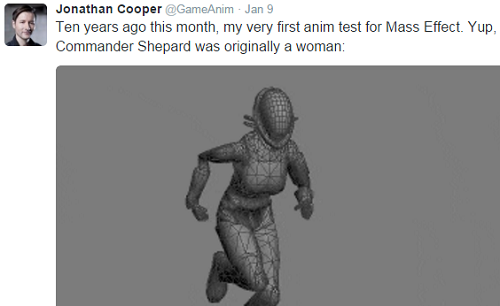 Which makes all the man-whining about the N7 Day video put out by the Mass Effect team and how it's voiced over by the real Shepard (as opposed to man Shep) hilarious.

Hey, fake geek boys. Shepard is and always was a woman. Video games belong to women. Deal with it.