Comedian Margaret Cho is currently spearheading a hashtag campaign on Twitter to support and give a voice to rape survivors. Margaret Cho is herself a survivor, and has posted a video of herself telling her story on Twitter. She describes exactly what happened, so strong trigger warning here:


8 days until the premiere of "I Wanna Kill My Rapist". Here's my story. Tell me yours by using #12DaysOfRage https://t.co/tGXMdSGCur
— Margaret Cho (@margaretcho) November 5, 2015


Margaret Cho is a Korean woman who has identified as qu**r and bisexual, has stood up for sex workers and who grew up in a war zone, leading her to mention her experiences with post-traumatic stress syndrome. She's hilarious and brutally honest and is clearly such a loving person. I'm not sure about her use of the word "psycho," which is an ableist slur that should only be used by those who experience psychosis (something that is highly stigmatized), but in general she is one of the best celebrities out there in terms of being an advocate for the oppressed. 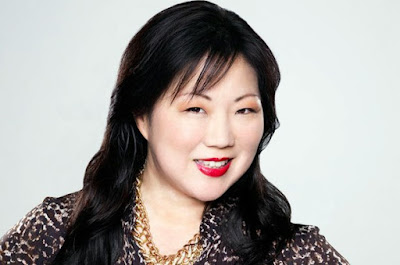 I am in love with the idea of #12DaysofRage and "I Wanna Kill My Rapist." As you should know by now if you're a regular reader, I value my own anger and I encourage all oppressed peoples to explore and learn to utilize their anger - to love it, even. I think it's perfectly normal and healthy to want to kill one's rapist and anyone who says it's not okay to feel that way can stuff their mouths full to the brim with cheap cotton balls.

I haven't talked about my personal experience with sexual assault on this blog, or hardly anywhere with anyone. The truth is that I have often suspected that I was assaulted or abused sexually in the past, but I have no memory of such an experience. I don't identify as a survivor because I can't say for sure that I am. I've gone back and fourth since about age 14, at times certain that something happened and at other times confident that my symptoms are a manifestation of other issues.


When we talk about rape it makes it easier for others to come forward.Even if they just hear, it's healing. We are not alone. #12daysofrage
— Margaret Cho (@margaretcho) November 4, 2015


Since the age of 13 or 14, I've experience PTSD-like symptoms around the topic of rape and sexual assault. I went through an extended period of being terrified of sexual contact. I have been severely triggered by scenes or descriptions of rape, or by feeling like people close to me or people across the world don't care about to subject. I have had panic attacks with residual effects lasting for days after - depression, sensitivity to touch, anxiety, and extreme feelings of vulnerability. I've laid under layers of blankets in fetal position, still feeling like even if I was in the president's safe room under all the blankets in the world, I would still feel completely vulnerable, exposed, and unsafe.

I have felt like some essential part of myself is missing, that I am not whole, and I have felt a screaming, pained rage bubble up from some impossibly deep place within myself.

Whether something happened to me or not, my views remain the same. My feelings about rape remain the same. Knowing that my fellow human beings have experience rape and continue to experience rape fills me with rage and a fierce desire to act to protect them. I feel like, even if I wasn't sexually assaulted, I've come about as close as I can to understanding how horrible and wrong and vile and disgusting and awful it is. In fact, there's not an adjective in existence that comes close to describing how I feel about rape.


My problem is that I can't forgive. I won't forgive. But I can still love. #12daysofrage You don't have to forgive to love.
— Margaret Cho (@margaretcho) November 5, 2015


And so when I see people brush it off or make jokes or suggest that it's okay in some circumstances or it's not that bad, I rage. You bet your ass I rage. I rage with all the pain I've felt and the entirety of my protective nature. And yes, I know people who have been raped, sexually assaulted, and/or sexually abused. All women and girls. Friends and family. And I hate that it happened to them, I hate that I can't make it so it didn't happen to them, and I absolutely 100% want to kill the men who did it to them. I wouldn't, because one thing I do know about myself is that I seem to be generally incapable of physical violence. Though I could figure out their deepest fears and insecurities and slowly destroy them on an emotional level. But that's beside the point.

The point is, I think it's completely normal to feel this way about rapists. I think the people who don't feel this way are probably experiencing some level of psychological denial or emotional repression. And trust me when I say that neither work or are good for you. I've tried it. Would not recommend.


Murder the Rapist in your mind so you stop killing yourself. #12daysofrage
— Margaret Cho (@margaretcho) November 5, 2015


The only time anger becomes destructive is when people aren't allowed to express it in a healthy way. People are told that they're not allowed to be angry, but you can't stop anger from happening. So anger gets turned inward at the self, or anger is held in until it festers and poisons the mind. Let it out. The Internet is a wonderful tool for such a thing. Tell your story anonymously or under your name. Tell us all the things you want to do to your rapist or the people who failed to support you or didn't believe you or who ignored signs of sexual abuse or left you with dangerous people. You're not bad for feeling that way, and if you hold feelings in, they tend to morph into violent actions. Letting it out with words is better for everyone.

So yes. Rage for 12 days. And then for 12 more. And rage and rage and rage until you're done raging, whenever that happens, if ever. Don't try to cut your rage short for the sake of others. Your anger is important. Your anger is justified. Your anger is beautiful. Your rage will tell you that someone has wronged you and that you're allowed to protect yourself. Your rage will inspire you to act on behalf of yourself and others. Like creating hashtag campaigns. Or incredible art. Or ranty blogs. Or heartbreaking poetry. And don't let anyone tell you not to.