But There Is Good News 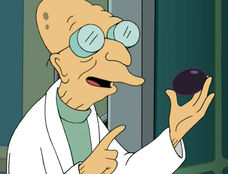 I just stumbled upon this after posting about that horrific murder.

Raffi Freedman-Gurspan, who formerly served in trans advocacy as policy adviser for the National Center for Transgender Equality’s Racial & Economic Justice Initiative, has been appointed to a senior position in the White House Office of Presidential Personnel. She’s set to begin her new role as an outreach and recruitment director in the Presidential Personnel Office on Tuesday.


She also looks to be a woman of color.

Of course, hiring one trans woman White House staffer isn't going to do anything to stop the brutal murders of trans women across the nation. And it's near the end of Obama's term. I'm not saying this can't be celebrated, but I want to caution my fellow cis people against taking this as a sign that things are all better for trans people and that we can settle down our advocacy. No. This is a crumb. Table scraps. Demand more.
Posted by Not Sorry Feminism at 1:00 PM