Feds Lay the Smackdown On Alabama

It didn't work when you refused to integrate schools, and it won't work now.

If you are in a same-sex relationship in Texas and want to get marriage and/or kick some homophobe ass, here's some handy information: 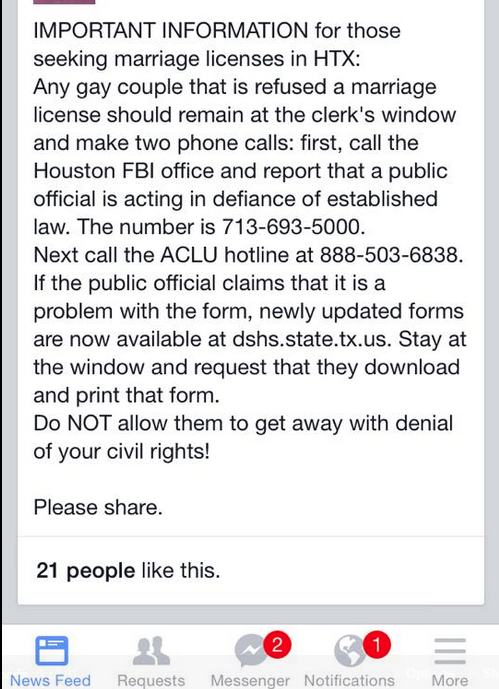 Don't be afraid to call the ACLU no matter what state you live in if someone refuses to issue you a marriage license based on homophobic bullshit.
Posted by Not Sorry Feminism at 1:18 PM