After 15 tries, the makers of the FIFA video games finally realized that women exist who play soccer. So they put the option of playing female teams in FIFA 16. 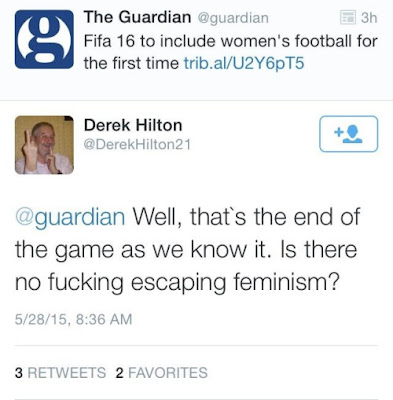 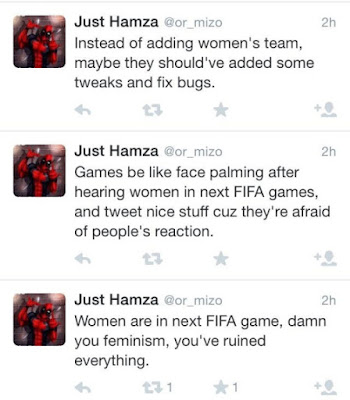 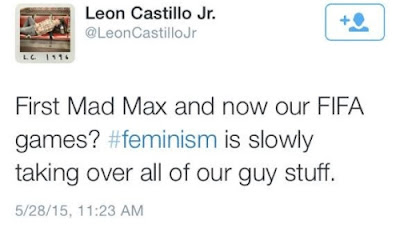 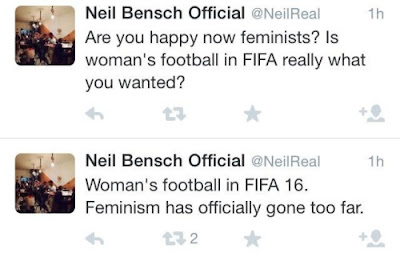 There's also a ton of really boring misogynistic jokes that men are using to cover up their tears.

I could also go on for quite a while about why women's soccer is more entertaining than men's soccer. Men can't even hold onto the ball. It's like they have no connection with their own feet, let alone their teammates.
Posted by Not Sorry Feminism at 11:34 AM