Let's talk about some of the fuckery that's been going on in Baltimore. And by "fuckery" I mean police brutality and the criminalization of black people protesting.

This teen turned himself in at the urging of his parents for breaking some windows, and his bail is $500,000 somehow, while the bail of the cops charged with straight up murder ranges from $250,000 to $350,000.

They did lift the curfew in Baltimore, but not before this happened: 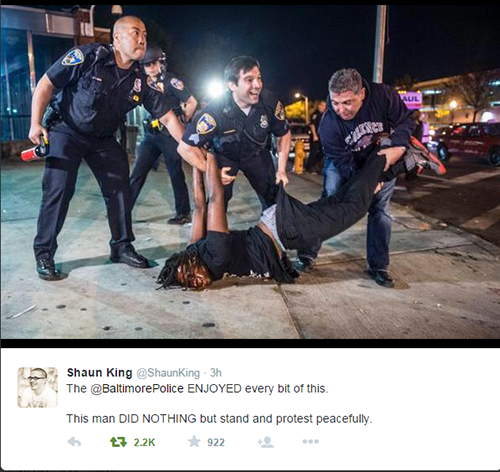 Just look at that smile.

There are reports today of another black man being shot by police in Baltimore, though police are denying this (as though they deserve our trust). However, actual Fox News reporters say they witnessed it, and if they're not siding with the police on this, then it must have happened. I mean.