Man, if you thought you'd seen some male tears on other blogs, check out Shit People Say to Women Directors.

The tears that start coming down when women are in positions of power over then! Look at this: 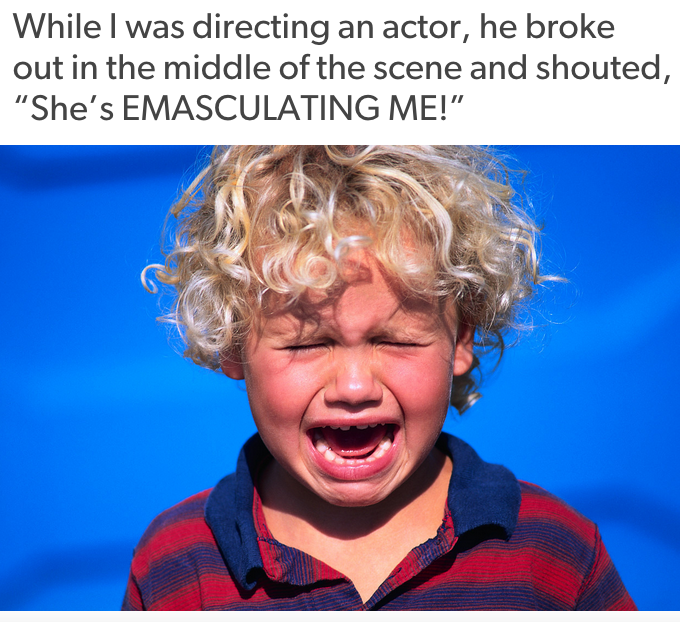 [Photo of a boy crying below the words: While I was directing an actor, he broke out in the middle of the scene and shouted "She's EMASCULATING ME!"]

Unfortunately, there are even more posts of men being absolute fucking ridiculous misogynist shits. It's super depressing. It makes me want to become someone with a lot of power over people so that I can fire every misogynist who assumes I'm the secretary.
Posted by Not Sorry Feminism at 12:30 PM