That's right, I said it.

Feminists have known for a long time that they were making a new Ghostbusters movie that has an all-women Ghostbusters team, but misogynists are just now freaking out about it. It's super hilarious. They're all "mweh mweh you're ruining my childhood and everything in the universe is about meeeee wahhhhhhhh." 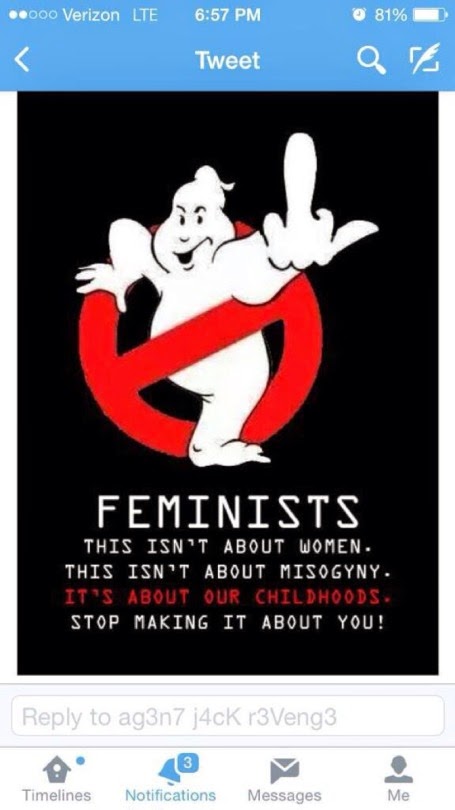 So yeah, it's been a fun few days, what with all the opportunity to mock and torture these dudes. Make sure to remind them that Billy Murray helped to pick out the all-female cast and that Dan Aykroyd said that he's "delighted" by the very idea.

Or just send them this:


You know what ruined my childhood?

Posted by Not Sorry Feminism at 4:00 PM