This is Good News. In a Bad Way. 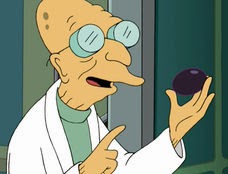 A white cop was caught on his dashboard camera shooting a black man as he was turning to his car to retrieve his license as the officer had instructed him.

The difference in this familiar case of a black man being shot for doing nothing wrong is that the white cop has actually been charged for his crimes.

The cop who shot Jones was arrested and charged with assault and battery of a high and aggravated nature.

For once, an officer is facing consequences for his drastic actions, and he may even face prison. He faces up to 20 years if convicted of the crimes.


He's unlikely to be convicted, of course, but an actual trial! Wow!

This is what passes for good news when it comes to the lives of black people these days!

The black man's name is Levar Jones, and as far as I can tell, he's still alive. I hope he recovers and gets some form of justice. Just being charged is not enough.