There is now a whole Tumblr blog dedicated to seeking out people who make heinously racist statements online, figuring out where they work, and contacting their bosses about it to get them fired.

This might sound like it would take some kind of illegal hacking to figure out. You might also think that people couldn't possibly be saying things that are so racist that they would deserve to be fired.

You'd be wrong, though. 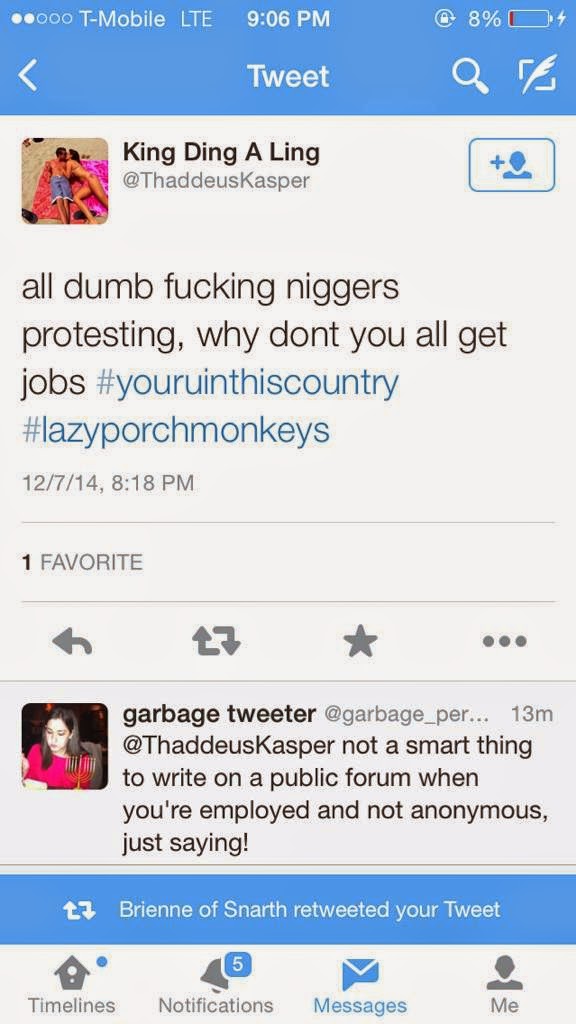 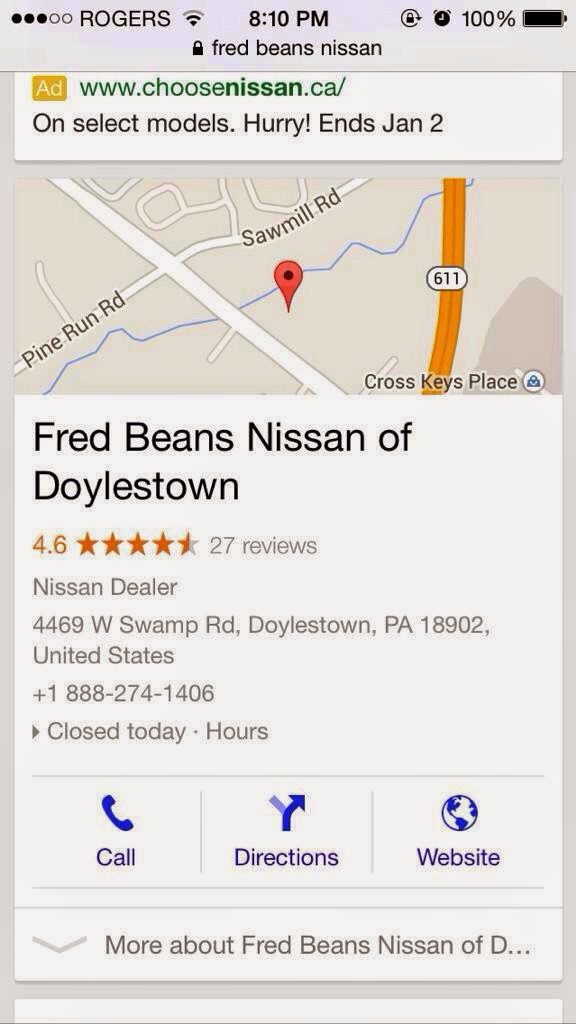 [Tweet text: all dumb fucking niggers protesting, why don't you all get jobs #youruinthiscountry #lazyporchmonkeys

Response tweet: @ThaddeusKasper not a smart thing to write on a public forum when you're employed and not anonymous, just saying!]

It never fails to amaze me just how many people seem unaware of the fact that, unless you change your settings, Twitter accounts are public. Everyone can see your racist shit.

Don't tell them, though. I like seeing racists get fired. And a lot of them have been. Well done, Racists getting fired!
Posted by Not Sorry Feminism at 1:00 PM