Do You Hear What I Hear?

Because what I hear is the sound of my uncontrollable laughter, which is so loud that I'm sure they can hear it in Australia.

And I say Australia because that is where Target and Kmart decided to take the video game Grand Theft Auto V off of their shelves due to its unapologetic and practically celebratory depictions of sexual violence against women.

Target and Kmart stores pulled the game after a petition launched by three female survivors of violence gained more than 40,000 signatures.

Target said the decision "was in line with the majority view of customers".

Some fans of the game accused the stores of censorship.

The decision was made after three women set up a petition on change.org urging Target to withdraw the game.

"It's a game that encourages players to murder women for entertainment. The incentive is to commit sexual violence against women, then abuse or kill them to proceed or get 'health' points," the petition reads.


The extent to which this pissed off gamer dudes is hilarious enough. But then this happened. 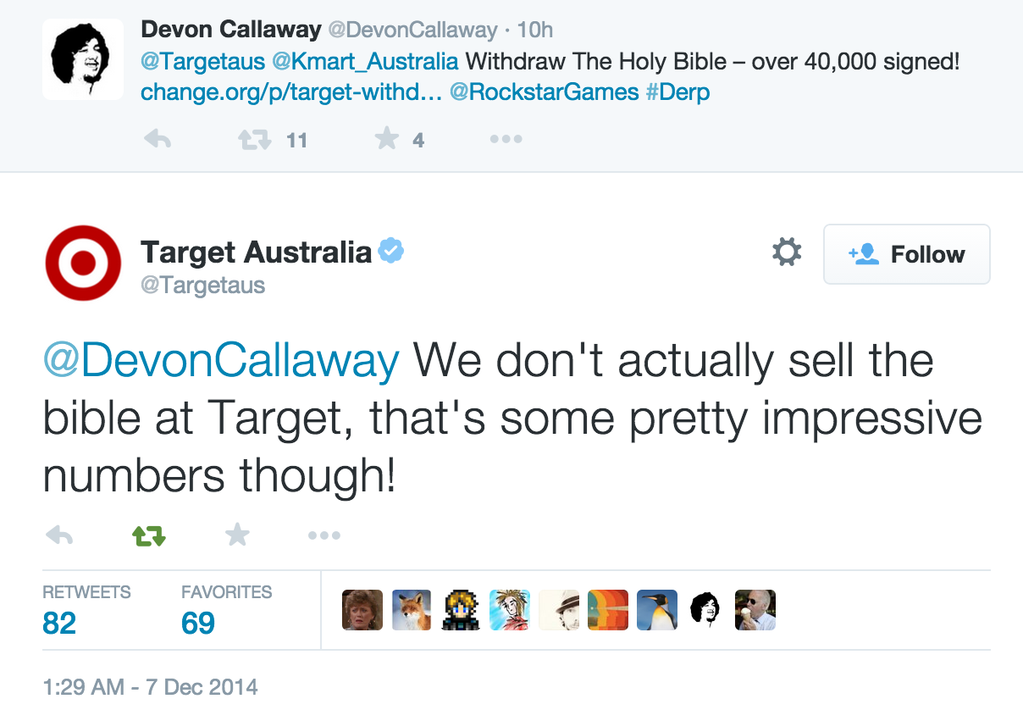 THEY MAKE A PETTY BULLSHIT PETITION TO GET TARGET TO STOP SELLING THE BIBLE WHEN TARGET DOESN'T SELL THE BIBLE.

Posted by Not Sorry Feminism at 4:04 PM