What Actually Happened With #GameGate: I Was There

I've seen a lot of major news outlets reporting on #GamerGate recently, and of course, in the name of "unbiased" "journalism," they have to present "both sides," so a lot of them are acting as though it's at least possible that it's about journalistic integrity in gaming publications.

I know. I was there.

I was on Twitter when the hashtag first emerged and I was around when shit hit the fan for Zoe Quinn thanks to her ex. I saw it unfold.

I was also there before, as an actual video game journalist. Never a paid one, unfortunately, but I''ve read it and I've written it. News, reviews, previews, editorials, interviews with people at PAX Prime, with the press badge and my old bulky laptop.

Every now and then there would be some grumbling about developers and publishers sending gifts and perks and even money to journalists in exchange for better reviews, some shady dealings and bad business, who got the advance copies of what when, and so on. Certainly things that could be complained about, but nothing worth a massive movement or actual Twitter hashtag, because, fuck, they're just video games. No one's dying over any of this. This is not some lack of nuclear weapons in Iraq shit. Video games are important to us, but not comparable to fucking Watergate.

People started demanding change. It started showing up in mainstream gaming news publications. Not in huge amounts. Every now an then an article would discuss the problem, ponder solutions. A hashtag would trend, some effort would be made to encourage marginalized persons to participate in the industry.

As always, calls for change created pushback. Women who spoke publicly about harassment from gamers and demanded it stop got more harassment. So we spoke out more. And it got even worse. It became more organized. Threats started. Doxxing. Phone calls. And yet the more the harassers tried to intimidate women, the more we spoke out. The more women stood up. Men kept trying to keep us silent, keep us out of their clubhouse, keep us from making any changes to the video games that they considered to be theirs. Their territory. Their place to feel safe, unchallenged, on top, important, superior. But it didn't work.


All of this back and forth, this tension building and building, misogynistic men backed into a corner, finding themselves with less mainstream support, less sympathy the worse their attacks become and the more they draw attention to themselves and their clear hatred of women. The public turns against them. They become angrier, more frustrated, fueled by a feeling of helplessness. Because they're losing.

That's how #GamerGate happened. Zoe Quinn was in the wrong place at the wrong time. Having already been a target of hate for the crime of making a video game while existing as a woman, and refusing to back down in the face of harassment, she made the perfect target. When an angry ex gave them an excuse to explode, there was no chance it wouldn't happen.

Zoe Quinn represented everything that they feared. Everything that had emasculated them. A woman who had invaded the gaming industry, made a game about something they believed only they experienced, was unfaithful to a boyfriend. Demonstrated sexual agency.

But they couldn't let anyone know that their hateful harassment of women, or their encouragement and condoning of said harassment, their victim blaming, their barely concealed glee at Zoe Quinn experiencing what they believed she deserved, their spreading of lies and conspiracy theories, gross pornographic images of her, calling her a slut, a whore, a bitch - they couldn't let anyone know that it was about hatred of women. They came up with a flimsy excuse and clung to it despite all evidence to the contrary. They claimed it was about corruption in gaming journalism, unable to explain why only Zoe Quinn is harassed when she's not a journalist, why they continued to stress that she slept with five men when only one was a journalist, and how any of this involves corruption when the journalist never reviewed her game, or why the journalist himself did not receive any of the same kind of harassment Zoe received. 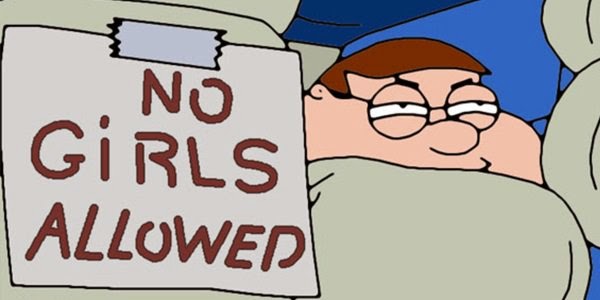 It is very true that if you repeat a lie over and over, no matter how obvious it is that it's a lie, people will start to believe it. Especially the people who are lying. They couldn't justify the harassment of Zoe Quinn, so they stopped talking about her for the most part and stressed the "corruption in gaming journalism," hiding behind a hashtag movement. But #GamerGate is just a new 4chan that hasn't been utterly tarnished by its own hateful bullshit yet. Now it's evolved into a big crybaby "movement" against those big mean "social justice warriors" who are being so mean to them by telling them that they suck for harassing and threatening women. It's the Twitter version of Tumblr's "real justice" crowd. At best, shitty egalitarians. But there's plenty of cold hard misogyny in there, along with plenty of other forms of bigotry.

That's the truth of it. #GamerGaters didn't suddenly discover some massive underground corruption market in gaming journalism. They didn't finally get fed up with it and start a movement for integrity. No one has ever really given a fuck about how much integrity this section of journalism had. It's always been full of opinion and not very well researched. Out of all the gaming websites and blogs I wrote for, only one gave a shit about remaining unbiased and giving off the appearance of real, professional journalism. That website failed, probably because it was boring. Gamers never wanted unbiased journalism. And in general, sensationalized, opinion-laden journalism is the norm, from HuffPo to Fox News.

Zoe Quinn's ex lit the spark that set off these people and led to the smoldering fire of #GamerGate. It started with misogyny, and it will always be about misogyny. And #GamerGate will burn out and die, because anybody who doesn't hate women can look at the evidence for two seconds and determine that it's about misogyny. The misogynists will remain, but their credibility will be as low as ever. I just don't know if their frustration and harassment will be worse or if they'll burn themselves out with this one.
Posted by Not Sorry Feminism at 10:30 AM

Your tags make me LOL

Interesting. I actually just saw a video claiming the exact opposite.
https://www.youtube.com/watch?v=IEMdf8D0lfw
(not sure if you allow links in here but this is what I'm talking about, i'll remove it if you want)
Rather concerned that this argument is actually two seperate arguments. I think really there are two issues here and they have been bundled into the same argument somehow. There are some poeple that are quite upset about game journalist integerity and they have taken up that argument (just because journalist sites didn't care about it doesn't mean the readers didn't believe it was unbias). Then there are people concerned with the discrimination agaisnt women in games and some have taken up that argument.

Many 'gamers' simply don't care about the women issue and truly are angry at the integrity issue, they have found many instances of this and have long moved past the initial catalyst so to speak. Their argument is entirely about journalists and is nothing to do with the feminism side of this.

That said this has also become a massive argument as you have written above (though I feel you really like belittling males in this post, you argument may be valid but be careful not so sink to their level when making it please)

These are now seperate arguments and people care for both of them, they are just annoyingly still stuck under the same banner.

they dare to speak, is just that you guys are silencing them.

Thanks for the good laugh for today.
What a diluted cause, kept your opinion i don't have time to be yelled at.

That was as incomprehensible as it was inconsistent.

Well, I must admit that being a...well, I'm not a very connected person and I'm not really aware of big online movements. But just today I discovered about this Gamegate thing by accident on a Youtube video, and I decided to look for it. I read about in four different websites, including Wikipedia, and I feel like this post is the most sobering view of the whole affair.

Thank you! The whole GameGate thing is super polarized and convoluted, so it's hard to really do any research on it. But if you look at the opinions of pretty much any real video game journalist or know anything about journalism, you can see the bullshit pretty clearly.