Things That Were Happening, Um, Yeah

Things! I was so sick and then this week got busy with freelancing, and some things I wanted to do got neglected, they did.

First of all, Geek Girl Con! Geek Girl Con in Seattle was on the 11th and 12th of this month. I went both days this year, and it was better than ever. More people, better costumes, and so much great art, I totally went on an art splurge. 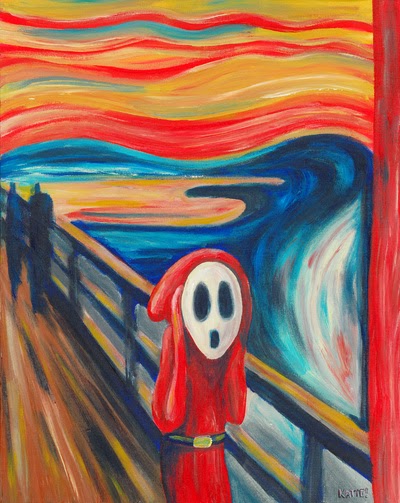 This art is by Katie Clark, it is Katie Clark Art, look at it, buy some! If you have money to spare.

I went to a wonderful panel on Saturday called Feminist Community Building. It was inspiring. It made me want to feminist even better. And I WILL. The panel consisted of Jamie Broadnax, Ashless Blackwell, Angela Webber, Sheena McNeil, and Anita Sarkeesian. It was really interesting to hear Jamie Broadnax talk about Black Girl Nerds and how she came up with the idea simply because she tried to use Google to come up with a community of black girl nerds and found nothing. You think that there's something for everyone on the Internet already, but that actually turns out to be the privilege talking.

Also, there was a wonderful surprise for my friends and me on the front page of this year's Geek Girl Con guidebook. 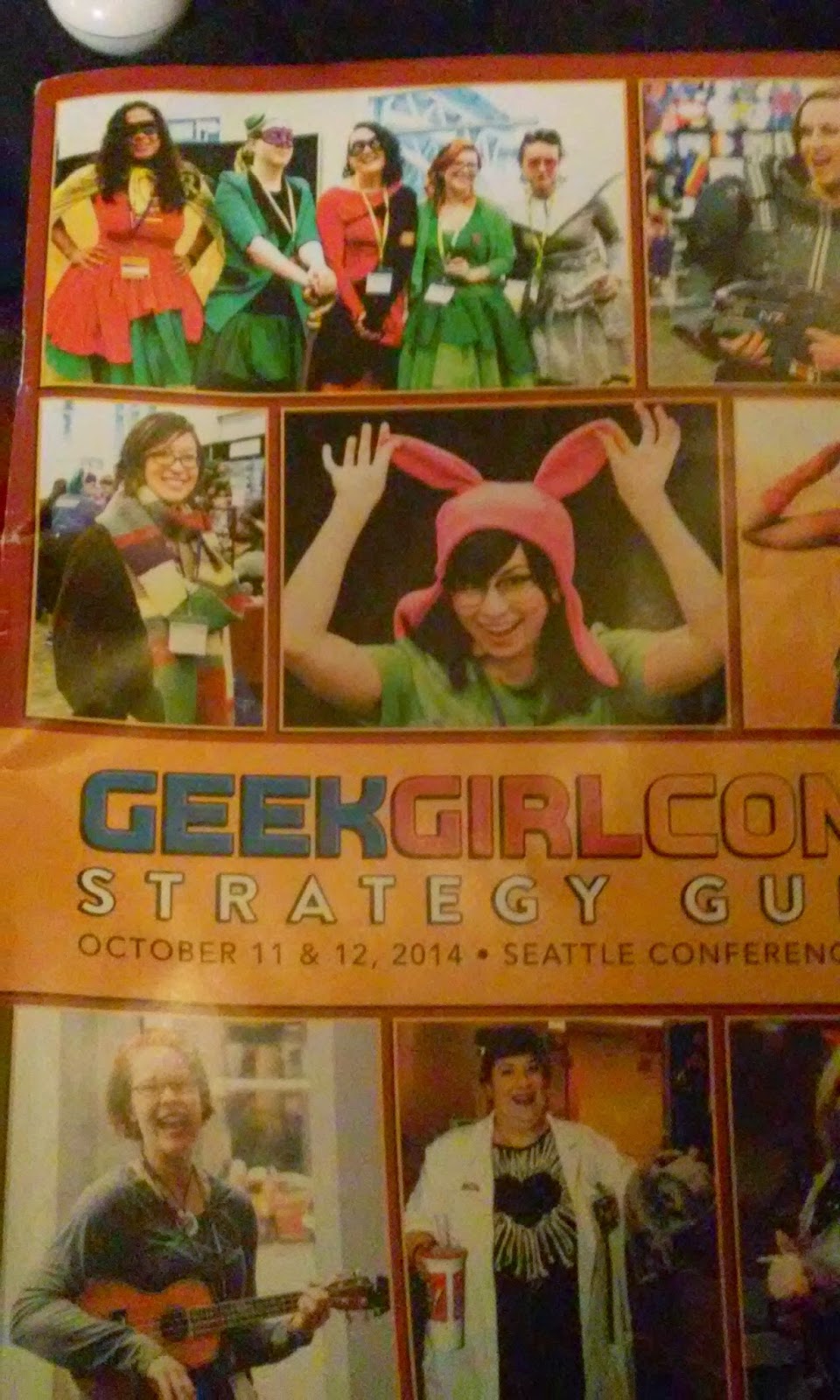 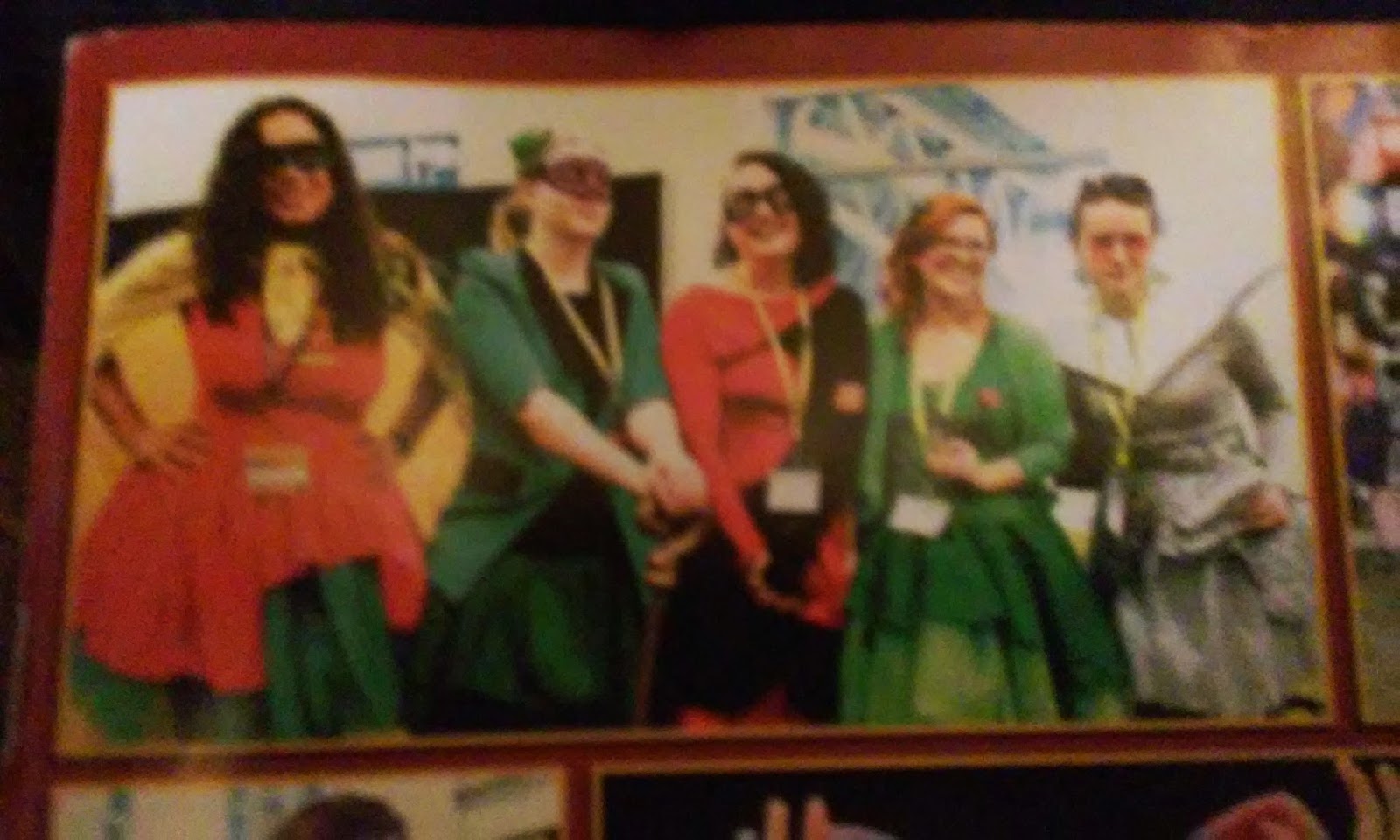 IT'S US. WE WERE ON THE FRONT PAGE. TOP LEFT CORNER, BABY.

All thanks to my friend, who is the best costume maker person ever.

Also, I missed the October 22 Ferguson protest in Seattle. I was busy and exhausted and needed time with the life partner. I'm a little sad though, because it looks like it was a good one. I kind of hope there's another protest in the near future, but I hope there's no further reason for such a protest.
Posted by Not Sorry Feminism at 9:30 AM