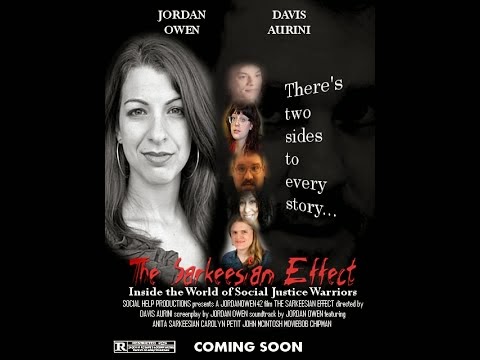 This is real. This is not a drill.

They've set up a Patreon account for this shit. [Do Not Link used]

The Sarkeesian Effect is an upcoming documentary film that will explore how gaming and tech culture have been hijacked by Social Justice Warriors as well as look into the background, ethics, and methodology of some the movement's most prominent voices.  The title is a reference to Anita Sarkeesian, the primary figure in this new shift in gaming culture.  Ms. Sarkeesian's controversial videos and Kickstarter campaign laid the groundwork for the current atmosphere of politically correct fear, manipulation, and intimidation.

This isn't just about video games, though the current state of video game journalism is the most obvious form of this corruption. This is a methodology used throughout both the media and the academic institutions to consolidate power amongst a conspiratorial few, at the expense of not only the culture at large, but even the very followers who they claim to be representing. Recent evidence suggests they have far larger powers of censorship than anyone would suspect; this is what we want to uncover.


Oh my god, they actually think this is real: 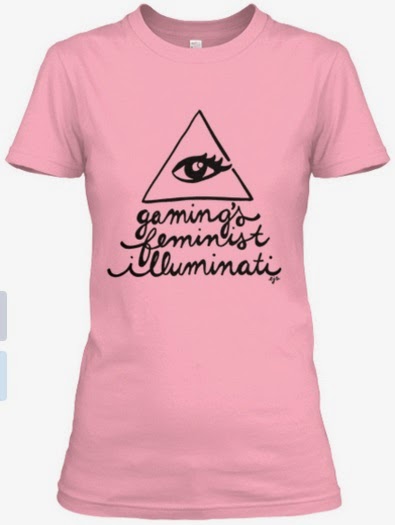 I can't possibly express how happy I am that I got that shirt while it was available.

YOU CANNOT ESCAPE OUR INFLUENCE. WE ARE EVERYWHERE. WE WILL TAKE OVER ALL YOUR VIDEO GAMES AND CRUSH ALL OPPOSITION. ALL HAIL THE SOCIAL JUSTICE MATRIARCHY ORDER. THERE WILL BE NO INDEPENDENT THOUGHT. ALL WHITE CISHET MEN WILL BE SUBJUGATED. RESISTANCE IS FUTILE. SURRENDER YOUR XBOX'S OR BE DESTROYED.

You can scroll down and find a handy list of misogynist dudebros on the left sidebar. Super convenient.

I'm honestly torn. On the one hand, it's awesome when misogynists fail. On the other, this "documentary" would invariably be a riot. I mean, just the sight of the two dudes who are making this is hilarious (oh my god the terrible mustaches). The video about the project is priceless. "Is this a trend of higher awareness and discussion about inequality in our society, or is it A CONSPIRACY? WHY IS NO ONE ASKING THESE QUESTIONS? CHECKMATE, MEDIA."

OH AND THIS PART: "This isn't going to be a low-brow attack on anyone, we're just going to expose how Anita Sarkeesian and her cohorts lied and exploited people to get money from politically correct hipsters."

I paraphrased that, but they literally use the words "cohorts" and "politically correct hipsters." Awesome. Totally high-brow, dudes.

And just, the bald guy, who is seriously dressed up like some rich guy in a dim room in a fancy chair smoking a cigarette with a drink in his hand. He is so overdramatic and just the irony of "I am a stereotypical rich white guy and I want to give A VOICE TO THE VOICELESS." So. Priceless.