Russia, a country which has experienced an unfortunate (terrible, disgusting, violently shitty) spat of homophobic and transphobic laws banning gay marriage and refusing to recognize the actual gender of trans people, just had a legal same-sex wedding.

A trans woman and her cis woman partner got married in Russia. Because Russian law will only (falsely) recognize the trans woman as a man, it's technically legal based on transphobic law. So nobody could do anything to stop it. 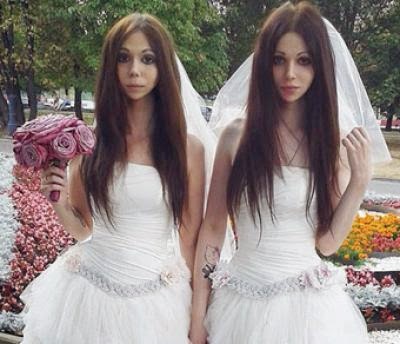 Look at these two badass, amazing, gorgeous women. The trans woman is Alina Davis and the cis woman is Allison Brooks. Stay awesome and stay safe, you two. Be happy.

Posted by Not Sorry Feminism at 12:21 PM