Since the Tumblr In Action incident, I've gotten a few overflow trolls to my Tumblr account. Most of them were in there to give me shit for believing in thin privilege and subsequently spew fat hatred all over my inbox. I'm going to post my old piece on the subject here for today and touch on it more tomorrow in a new post with my expanded knowledge on the issue. 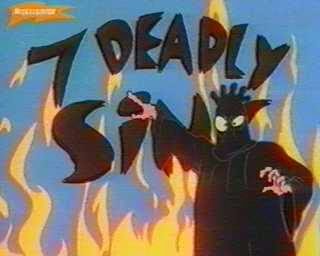 Ever notice how society generally hates the fuck out of fat people? I mean, our culture oppresses and marginalizes women but it actively fucking hates fat people. Holy shit. This is better expressed by an awesome fat feminist:

“If you’re fat, you’re not only meant to be unhappy, but deeply ashamed of yourself, projecting at all times an apologetic nature, indicative of your everlasting remorse for having wrought your monstrous self upon the world. You are certainly not meant to be bold, or assertive, or confident—and should you manage to overcome the constant drumbeat of messages that you are ugly and unsexy and have earned equally society’s disdain and your own self-hatred, should you forget your place and walk into the world one day with your head held high, you are to be reminded by the cow-calls and contemptuous looks of perfect strangers that you are not supposed to have self-esteem; you don’t deserve it.”


From “Weighty Matters,” another gem by Melissa McEwan of Shakesville.

Fat has become in this culture as a terrible sin. I assume the ones most responsible are those who built the now multi-billion dollar diet industry. These people make unbelievable fortunes off of people’s deep self hatred.

That shit’s the sin, right there.

We’ve all heard of the so-and-so that went on with some Abracadabra & Finch company that produces, as far as I can tell, an unbearable smell. I can’t confirm that anything else exists in these stores because I can’t approach them. Anyway, some guy who has something to do with this store went and announced to the world that he thinks fat people are ewwww and he only wants to hang around the popular kids. Imagine my surprise when I found out that this person was indeed above the age of 14.

So a super hot fat woman sent him a nice letter along with a bunch of gorgeous pictures of herself in model poses with an equally attractive young man.

Seriously, check these photos. They are amazing.
Posted by Not Sorry Feminism at 2:00 PM