Do. Not. Forget. About. Ferguson.

First off, we have St. Louis County Police Chief Jon Belmar defending the behavior of police during these past weeks, including the use of tear gas, military-style guns and armored vehicles. And, get this, he defended all of this by saying that "the military equipment is sometimes necessary to patrol 'very urban areas.'"

Seeing as Ferguson is a suburb, I'm guessing that by "very urban" he meant "very black." Whoops.

"We have a responsibility," Belmar said, adding that his department often uses their equipment for barricade situations and while executing search warrants. "I never envisioned a day in which we would see that type of equipment used against protesters. But I also never envisioned a day in 28 years that we'd see the kind of criminal activity spin out of peaceful demonstrations." 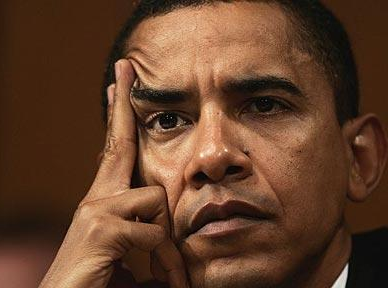 Sure, let's just ignore the fact that more of the community was guarding storefronts from looters than actually participating in and "criminal activity," or that you see way more looting and property damage when white people's favorite sports teams lose their sports games. Seriously, these were the most peaceful "riots" I've ever seen. I did not spot one car flipped upside-down and on fire.

This might be the best part of the article:

Johnson said that police had to change their tactics in order for things to calm down.

"True change started because we in law enforcement are listening," Johnson said.


You've got to be shitting me, Johnson.


Moving on, Hilary Clinton finally weighed in on Ferguson after 19 days of silence. Although it's late, it's being regarded as a good speech that puts the responsibility on the police and plainly addresses racial inequality and injustice in the US.

Clinton, the presumed 2016 Democratic presidential frontrunner, spoke extensively about the systematic racial inequity that factored into the outcry over Brown's killing. She had previously been criticized by some African-American leaders for not addressing the shooting.

"We can't ignore the inequities that persist in our justice system that undermine our most deeply held values of fairness and equality," she said. "Imagine what we would feel and what we would do if white drivers were three times as likely to be searched by police during a traffic stop as black drivers instead of the other way around."


IMAGINE THAT. I'm glad Hilary finally addressed this. She's problematic in a lot of ways, but at least she's not totally racist. And I've seen way too many liberals who are refusing to acknowledge that this is about race. Maybe now they'll smarten up.

A federal lawsuit filed Thursday against police and the governments of Ferguson and St. Louis County seeks $41.5 million on behalf of five protesters who say that they were arrested and beaten, tear-gassed or shot with rubber bullets.


I hope more come forward to add to this. Nail those cops to the wall. Let all cops know they'll be held responsible for their actions.

The article contains some pretty disturbing descriptions of police brutality, so watch out for that.
Posted by Not Sorry Feminism at 11:30 AM