Think things in Ferguson are quiet now? After the cops calmed down under media scrutiny, the media left town. But protests are still happening and police intimidation and harassment is still happening. Don't forget them. Don't abandon Ferguson now.

New instances of gross police brutality against black boys in Ferguson is coming to light just about every day. One particularly disturbing new revelation is that one of the cops who illegally detained a journalist in a McDonald's is currently fighting a civil rights suit filed in 2012 after he hog tied and choked a 12-year-old.

Mike Brown's funeral is today. His father has requested a day of peace with no protests so that they can grieve. I saw a white guy on Twitter yesterday arguing that they HAVE to protest today because the movement is "bigger" than Mike Brown. That is not for us white people to decide. Sit the fuck down.

Thousands have shown up to honor Mike Brown. You can watch via live stream, though I feel like it might be disrespectful for me to do so, since I am white. Just a sense. 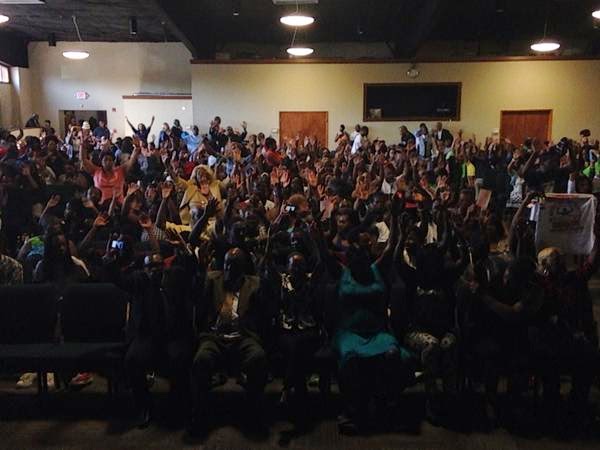 MTV aired a tribute to Ferguson during the VMAs last night. It was only 15 seconds, apparently? But at least it's something? But according to one person, they were supposed to air interviews from actual residents. Guess it got cut. 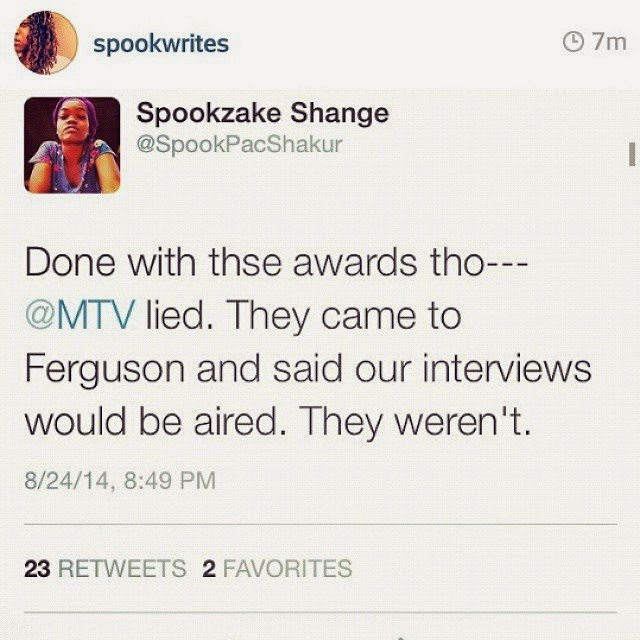 Hilary Clinton has failed to comment on Ferguson or Mike Brown and dodged some questions yesterday. Sigh.

Did you know that tear gas has been internationally banned from use in war because it's a chemical weapon? I didn't. [Video]

Check out this cover of the New Yorker.
Posted by Not Sorry Feminism at 10:01 AM